‘Stay out of my house!’: Just part of the reaction to the Supreme Court decision on abortion

ROCHESTER, N.Y. (WHEC) – "This is just the beginning," Jaclyn Richards said outside the News10NBC studio.

Richards is with the National Organization for Women. She used to be the president of the Rochester chapter.

"Stay out of my house!" she told me. "I get to choose who I sleep with, who I love, and when I want to have a family. It’s between me, my doctor and my partner."

"And we’re grateful the Supreme Court has recognized the lack of this "right," Michele Sterlace said. 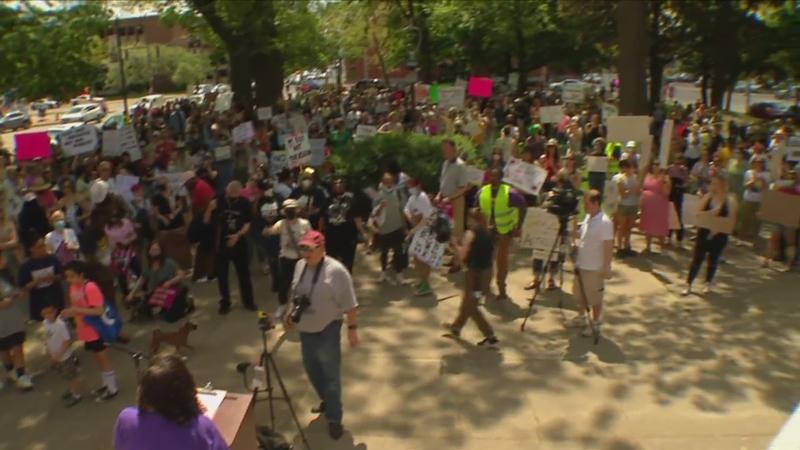 Sterlace is the Executive Director of Feminists Choosing Life of New York. She wants to talk to people like Richards.

"We have high poverty rates here in New York. Studies show that women are driven to abortion and nationwide primarily for economic reasons. So we need to do more for women in New York and together we can do that if we can come together and have a conversation," she said.

Abortion rights are protected in New York. Abortion used to be under the state’s criminal code. The state removed it and guaranteed access.

When the Supreme Court’s draft opinion on abortion was leaked in May, Planned Parenthood for western New York started hiring more people to deal with patients coming to New York from Pennsylvania and Ohio.

"The thing is, this is going to push people from other states to come to our state which means we’re going to need to expand capacity to see people here so that none of our local people get pushed out of access to birth control, STI screening and testing," Michelle Casey of Planned Parenthood said.

The head of NOW in Rochester is anxious about what could happen here.

"The most recent example would be the town of Henrietta voting down a Planned parenthood moving into an existing building there," Sarah Timmerman said. "So the residents of Henrietta, they don’t have a clinic now because the town board said no. So who’s to say other towns won’t stand up and say no and all of a sudden the suburbs have no abortion clinic."

Two weeks ago, the Compass Care Pregnancy center in Buffalo was vandalized. The clinic believes it was a pro-abortion group that did it.

Daniel Tomlinson is one of the vice presidents of Compass Care in Brighton.

Brean: "Are you concerned about your safety and the safety of the people that work in your clinics?"

Daniel Tomlinson, VP Advancement Compass Care Pregnancy Services: "So the same group that fire bombed Buffalo’s office has promised a night of rage. But Compass Care is not afraid of these arsonists and pro-abortion terrorists. Compass Care fears God alone."

Tomlinson said the CEO of Compass Care had to relocate his family because of threats.