The 15-year-old male student brought a loaded handgun and an additional magazine full of bullets to Red Jacket High School in Shortsville on April 1.

He will serve 3-9 years under the supervision of the Office of Child and Family Services.

The Ontario county district attorney’s office tells us he will serve three to nine years under the supervision of the Office of Child and Family Services. 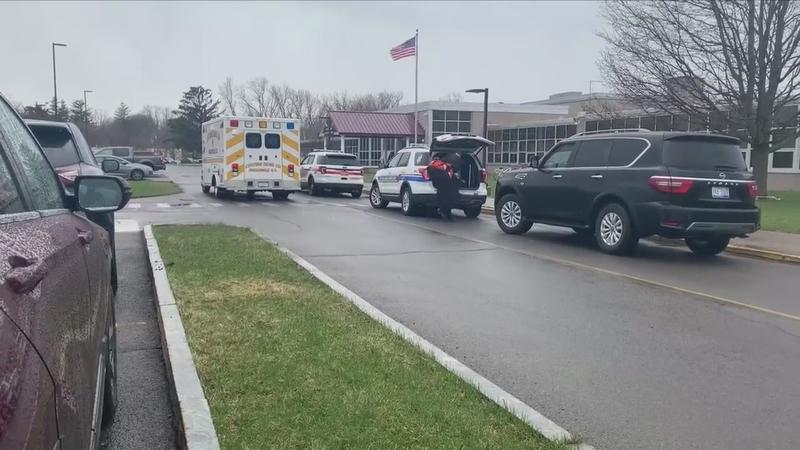 Ontario County Sheriff Phil Povero that the student had gotten the attention of school staff when their conversation led to the discovery of the gun.

He said the weapon was confiscated by a member of Red Jacket school staff who also detained the student. That staff member was able to calm the student down.

“The actions of the Red Jacket High School staff to calm and eventually disarm this student were truly heroic,” Povero said. “I can’t emphasize that enough, that the members of the Red Jacket school staff who dealt with this individual performed an act that was truly, again, of heroic nature, and potentially averted a serious, serious situation.”

The Ontario County Sheriff’s Office received a call that the student brought the gun into the building at 10:19 a.m.

The student was then taken into custody. As of Friday afternoon, no charges have been filed, but they are pending.

The school was put under lock down, and once the initial threat was deemed under control, it was downgraded to a lock out. News10NBC spoke with several parents who came to pick up their children at the middle school.

The Sheriff’s Office said during a press conference late Friday afternoon that it’s not sure at this time what the student’s motives were.

“He was not combative,” said Lt. David Cirencione. “He was upset. And seemed to be determined to have a plan, brought the firearm to school and the staff member engaged him in conversation and kept him calm, for some time, until the staff member felt, that there was an opportunity to do so and was able to disarm the student.”

Investigation underway at Red Jacket High School.
Parents I spoke to told me they were notified that the school was put in an “unplanned lockdown” @news10nbc pic.twitter.com/RZMpUYbRGR

Parents who were waiting outside the school all morning told News10NBC Reporter Stephanie Duprey they were scared out of their minds waiting to hear what was going on.

“I’ve been texting my granddaughter back-and-forth,” said Grace Lloyd. “It’s scary because we got a phone call from our son her father so it’s really scary knowing that this is going on he can’t leave work and their mother doesn’t drive.”

Barbara Carrasco added, “It was terrible when I heard they were on lockdown I immediately got on the phone and call the school and she said all the kids were in their classes and I was so glad about that.”

Another parent told Duprey that she couldn’t believe this happened and that the district might have to implement security measures.

Friday night, Superintendent of Schools Charlene Denn issued a statement of thanks and added, “As the well-being of our school community is always our top priority, we will be opening the District to staff and students for Trauma, Illness and Grief (TIG) support tomorrow. Additional information regarding support will be shared directly with families and staff.”