WEBSTER, N.Y. (WHEC) — Two students who spoke in favor of masks at a school board meeting this week say they were disappointed with the way they were treated by parents. News10NBC also heard from the president of the Monroe County School Board Association, who says, parents are encouraged to speak up, but they have to do it respectfully.

The News10NBC team has detailed how those against school mask mandates feel.

The two students who spoke during the Webster Board of Education meeting Tuesday night say they support their district’s policy to mask up and feel dismayed over how they were treated by their community.

Russel Harrison and Nick Fallone explained how they felt having to hear the gavel bang for order at Webster’s School Board meeting Tuesday night.

"I was very disappointed in some of the behavior,” Harrison said. 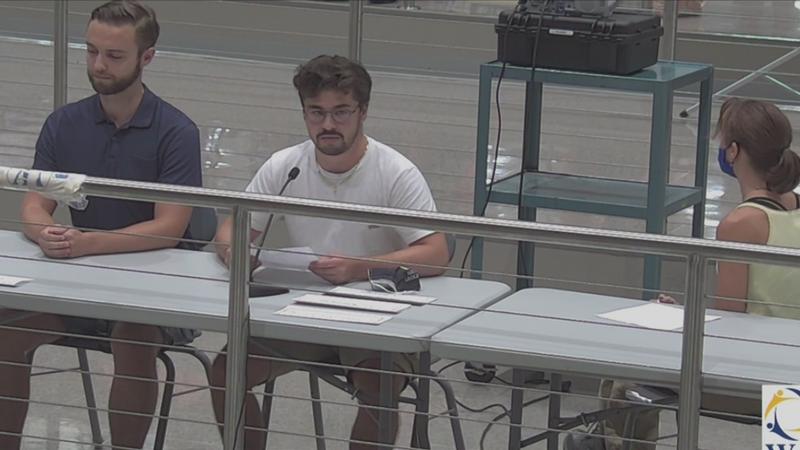 "My speech was particularly fact-heavy and I was stopped a couple times, like two or three times, and if anything one of the most apparent things was how hard the board members had to try to quiet down the crowd,” Fallone added.

Monroe County School Board Association President Gary Bracken said they’re in between a rock and hard place, but the ultimate goal between everyone is the same, keeping the virus away from the kids.

"As people really start to understand, that we are doing what is best for kids and that is what we do as board members,” Bracken said.

Bracken said parents are encouraged to speak up but they also have to understand that the agenda calls for more than COVID-19.

"There is business that has to happen in each one of these meetings that has nothing to do with COVID-19 and I would hope that parents and community members can wrap their heads around the fact that we’re doing this for kids, we’re not doing this because we have some political agenda or anything like that,” Bracken added.

The fiery debate over masks in schools is not just locally, it’s nationally too. President Joe Biden’s administration is in full support for local cities and school boards in Texas and Florida that are defying orders by their Republican governors who have prohibited mask-wearing mandates in schools.