SUNY Potsdam student dead after being shot, arrest made

POTSDAM, N.Y. (WHEC) — A man has been arrested and charged with the murder of a 21-year-old SUNY Postdam student, according to police.

According to New York State Police and Potsdam Village Police, officers responded to a call with a report of a shooting on College Park Road just before 6 p.m. on Friday and found Elizabeth Howell of Patterson, New York at the scene with gunshot wounds.

Police say Howell was rushed to Canton-Potsdam Hospital but succumbed to her injuries and was pronounced dead shortly before 7 p.m.

31-year-old Michael J. Snow of Massena, New York, has been charged with one count of murder in the second degree. Snow was arraigned in the town of Potsdam court and was taken to St. Lawrence County jail with no bail. 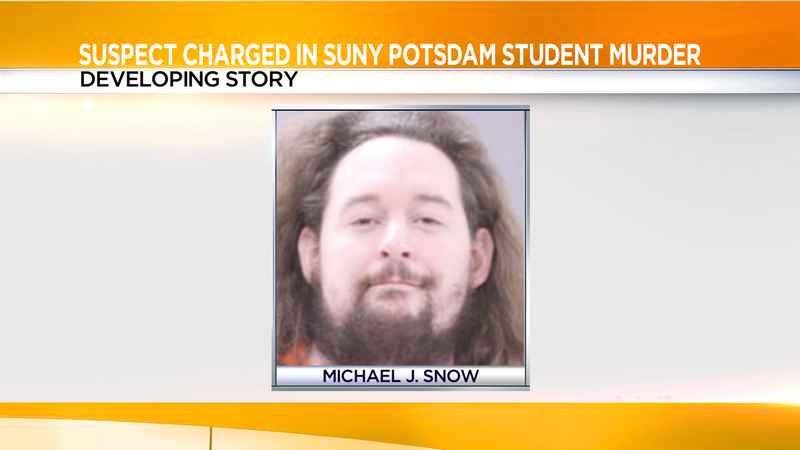 SUNY Potsdam has lifted the shelter in place order for the campus that was in place Friday night.

Classes will be canceled on Monday, Feb. 21.

Police say the investigation is ongoing, but the preliminary investigation has determined that this appears to be an isolated incident.