ROCHESTER, N.Y. (WHEC) — Three suspects were taken into custody after police were led on a car chase that ended on East Avenue Thursday afternoon.

Police say they were in the area of Norton Street and Portland Avenue around 4:45 p.m. investigating the report of a male with an AK-47 in a Dodge minivan.

Officers saw the minivan nearby in the area of Mitchell Street and tried to pull it over. The van refused to stop and a chase ensued.

Police say as the van tried to get away, at least one of the occupants threw items, such as a fire extinguisher, an apparent cash register, and a wrench, directly at police vehicles.

The van finally stopped on East Avenue and three suspects were taken into custody. Thankfully, no one was injured. 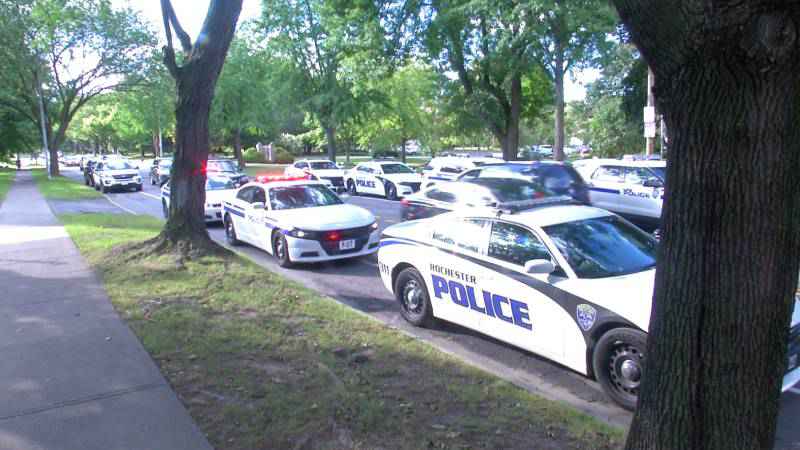 Police say there were apparent weapons in plain view and the minivan was found to have been stolen on Sept. 6 in Rochester.

The investigation is ongoing and police say at least one of the males taken into custody is believed to be involved in several other crimes that are currently under investigation.