Rochester Police responded around 5 a.m. for the report of a vehicle that crashed into a business in the 500 block of Brooks Avenue.

Police say the driver fled from the scene on foot but was apprehended moments later by police.

The extent of the damage from the crash was minimal and nobody was inside the eatery at the time of the crash.

The driver was transported to Strong Memorial Hospital as a precaution. 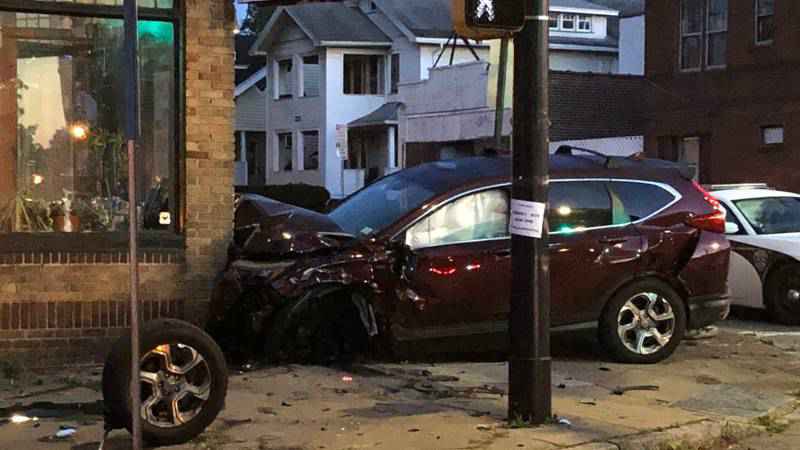 Police say the driver had multiple outstanding warrants and was issued additional traffic tickets as a result of the crash.