Sweden Town Supervisor: Feedbacks about 50-50 regarding opting out of recreational marijuana sales

SWEDEN, N.Y. (WHEC) —The Town of Sweden started airing out the issue of allowing marijuana sales in local communities Tuesday night, with a public hearing examining the pros and cons of “opting out,” when the state legalizes pot.

"I know what the people want. And it’s cannabis,” Joshua Tubiolo, who already runs a smoke shop in Brockport, told the town board. He says he sees the market for marijuana. “I get asked maybe 10, 15 times a day when we’re going to be able to, when it’s going to be everywhere."

Under the terms of the state’s legalization law, communities like the Town of Sweden have the option of keeping cannabis businesses away, but Tuesday’s hearing was dominated by potential pot entrepreneurs who said let them come.

"Participation in it is key,” said Karen Tobin, who planned to open a shop in Brockport and has worked in the industry across the country. “I think, especially for towns like Sweden, post corona, businesses and towns are hurting and it will bring a lot of people to his town if you allowed it."

"Feedback we have received to date has been about 50-50,” explained town Supervisor Kevin Johnson. 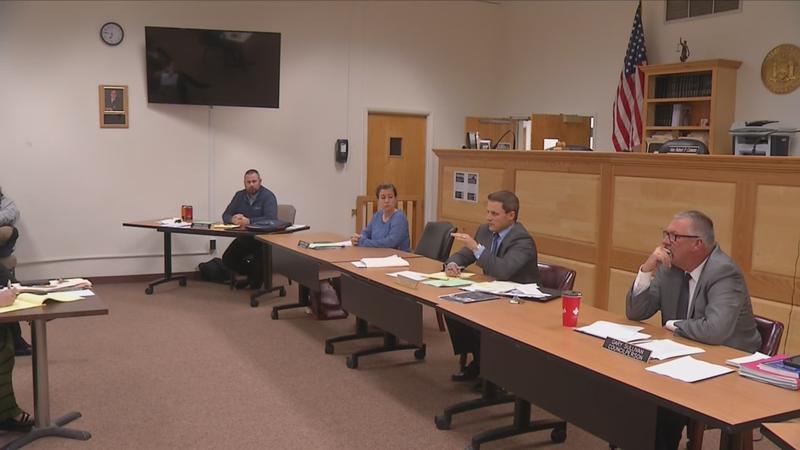 The town board is now considering a measure to "opt-out" of letting marijuana in. Johnson says the legislation’s real purpose is to get a public discussion going before the state’s official default position, allowing pot sales and consumption businesses, automatically happens at the end of December.

That’s what happens if local municipalities take no action.

Karen Lobracco of Sweden told the board she likes the idea of new tax revenue coming to town but wants to hear more from the police.

"Law enforcement will have some challenges,” she said. "Certainly they have procedures for intoxication and they’re struggling with that about the cannabis."

An important consideration for lawmakers is that a decision to “opt-out,” and keep the industry out, is one community leaders can undo. If the measure to exclude pot businesses passes, the board could change its mind in the future.

But under state law, once the businesses are allowed in, either because a municipality decides to allow them or because it takes no action, a community does not have the option of doing a 180 later.

Johnson said he understood the logic because entrepreneurs expecting to operate would likely make expensive commitments to starting their businesses which would be unfair to stymie with a reversal.

For those not interested in sales, the big selling point is tax revenue, which those municipalities which opt-out won’t get, even though selling, and doing, marijuana will be legal statewide regardless.

"Cannabis will be consumed and our citizens will be using it,” Lobracco observed. "We should stay in and use that revenue for the good of the town."

With so many questions still unanswered, and the deadline still more than three months away, Johnson says the town is in no hurry to make a decision on this and could very well wait for whatever it can learn and hold off on making any decision until the last minute in December.