The impact of violence and drugs: ‘I’m afraid for him to walk the streets’

ROCHESTER, N.Y. (WHEC) — Rochester is dealing with a rise in violent crime. If you want to understand what violence and drugs do to people in our city, just watch the conversation between our chief investigative reporter and this couple he met sitting on a sidewalk.

When I left an interview with the mayor after a ribbon cutting for a new business on Lake Avenue, I met a couple sitting along the sidewalk.

They told him they were trying to get out of the city because of the violence and the drugs.

"We stand a better chance not in the city than here because of the gun violence and the drugs and now they’ve got everything in the drugs and you don’t know what you’re going to get and it’s scary," Sabrina Dixon told me.

Dixon and Gregory Robinson have known each for 25 years and they’re planning to get married this fall. But before they do that they want to move. Their apartment is above the building where we met.

"I have become somewhat of a probation officer in my relationship because I’m afraid for him. I’m afraid for him to walk the streets to go to the store. Because I never know—he could be that innocent bystander that we’ve almost become prisoners in our own home," she said. "I can’t have my grandkids over because, where are they going to play? I can’t say ‘we’ll all walk to the store.’ Why would I want to walk to the store with my grandkids when someone is going to offer us drugs and they will do that." 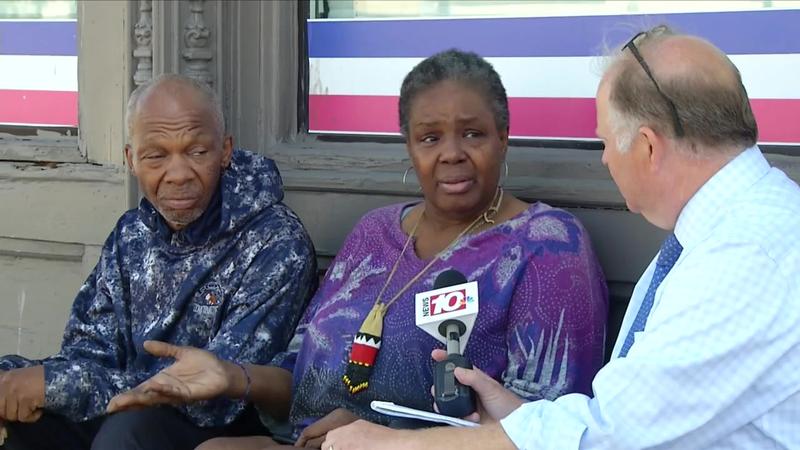 Dixon says she went to School of the Arts but she said a cousin introduced her to drugs as a teenager and she’s struggled ever since.
And she says there is temptation everywhere around her neighborhood and that’s why she wants out.

Brean: "And you don’t feel like you can do that living here."

RPD data shows there’s been a murder, a shooting, and three larcenies all within 3 to 4 blocks of Dixon’s apartment.