‘They made me do it’: Canadian man appears in court following seizure of 58 pistols

MT MORRIS, N.Y. (WHEC) – A Canadian man arrested after being caught in Livingston County with dozens of guns in the trunk of a car, appeared in court Thursday. 37-year-old Badri Mohamed is charged with criminal possession of a weapon in the first degree.

As we first reported Wednesday, he claims he was pressured into moving the guns out of fear for his own safety. In his statement to police, Mohamed says he was ordered to pick up the guns in Houston, Texas, and drive them north. It’s only during a routine traffic stop in Mt. Morris that police discovered the guns.

Police say when they pulled him over in April, they discovered 58 semi-automatic pistols and high-capacity magazines stuffed in a duffel bag.

Thursday in court, attorneys and the judge talked about a possible resolution to the case. Whether that means Mohamed is cooperating with authorities on a larger-scale investigation—his attorney wouldn’t say.

"There are a lot of ways the charges can be resolved," said Mohamed’s attorney William Swift. "There are a lot of different things potentially on the table, but as far as a court proceeding is concerned, a plea is always possible. It depends on how the district attorney’s office wants to proceed." 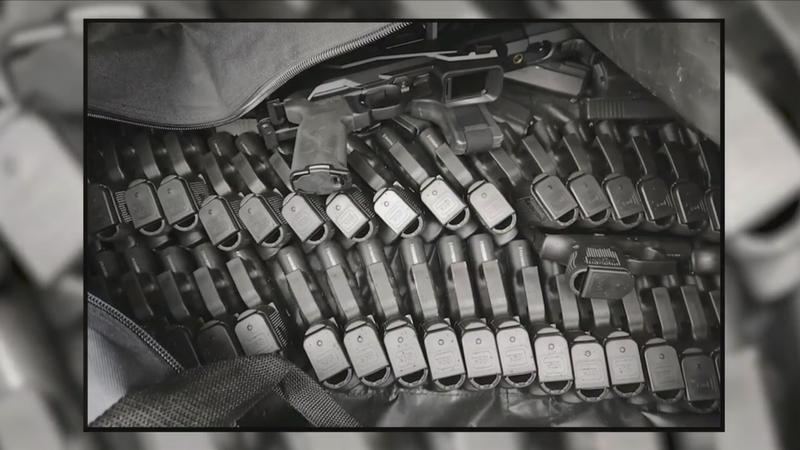 So how did Mohamed come into possession of all those guns? According to a statement he gave to police, and obtained by News10NBC, he was working in a flower shop in Ottawa, Canada when he met a man named "Ahmed" who wanted him to do a job. In his statement to police, Mohamed said he tried to say no but claimed Ahmed was "very dangerous" and "said if I did not do the job he would hurt me."

So he says Ahmed flew him down to Houston, Texas, and told him to get a motel room there. He told police that after about a week, an un-named man showed up at the motel with the guns and a car and gave him a phone with pre-loaded directions and told him to "drive where the directions say to go."

But he got pulled over in Mt. Morris for speeding—and in the report, the officer says "Badri began to cry and stated to patrol, ‘They made me do it. I did not want to do it, but they made me." Swift says Mohamed—jailed in a foreign country—is nervous.

"He’s scared. He’s got family and he’s scared. So, he just wants to do the right thing and get this thing resolved and make sure, first and foremost, that his family is protected and secondly, that he is."

Mohamed is scheduled to return to court on August 11th.