‘They’re all open!’ News10NBC investigates a series of mailbox thefts

ROCHESTER, N.Y. (WHEC) — News10NBC is investigating a series of thefts from mailboxes along Manitou Road. The victims believe the thieves drive along the road and grab anything they can.

And sometimes they hit the jackpot.

Gia Rosati: "So everyone is in an uncomfortable situation and it’s just trying to solve the problem day after day."

Gia Rosati is the homeowner who had her tax forms, medications and checks stolen.

And she knows — oddly enough — because of the mail. Two weeks ago an anonymous letter arrived at her home with her daughter’s federal income tax refund check. 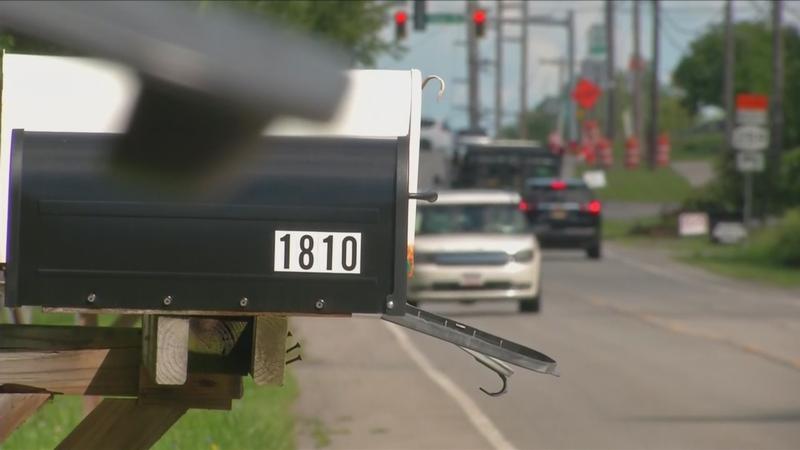 Rosati: "In the envelope was a post-it note that says I found this on a street in Rochester."

On the back of the check, there are two signatures, an indication that someone tried to cash it. The name printed under "pay order of" matches a man sentenced to 30 years for assault and burglary in Geneva, Ontario County three years ago.

Brean: "So that check was in your mailbox."

Brean: "Stolen from your mailbox and somehow found…"

Rosati: "In the streets of Rochester."

Rosati lives in Greece and filed a police report. Her mailbox sits in Parma, the Monroe County Sheriff’s territory. South on Manitou Road, Gates is on one side and Ogden is on the other.

"The resident placed it there for pickup by USPS. We have a lead on the case and are actively pursuing it," Ogden Police Chief Chris Mears wrote in an email.

The Monroe County Sheriff’s Office says it has "a few complaints that match this description. No arrests have been made and our investigation continues."

News10NBC is waiting for reports from Greece Police and the Monroe County Sheriff’s Office.

"Look the mailbox across the street! Look! They’re all open!" Rosati said as she and her neighbor Joe Mondo walked to the road.

They say open mailboxes in the morning are a sign that someone went through them overnight.

Joe Mondo: "I found mail all along the front by the road and it was all opened. It wasn’t our mail. It was from down the street."

Rosati: "Way down the street."

Mondo: "Way down the street."

Mondo says he stopped his mail so his meds don’t get stolen.

The neighbors want the United States Postal Service to move their mailboxes to their side of the road.

Brean: "Why is that a solution?"

Rosati: "If the mailboxes were moved to our side of the road, I’m 99% certain no one would leave anything in their mailbox. We’d feel safer that it was closer to our home and we could see what’s happening."

In an email, Tuesday afternoon, the USPS spokesperson for western New York wrote "the USPS has been made aware of this situation and the matter is presently under investigation by USPS Inspection Service. The matter of possibly moving the mailboxes to a different location is also under study."

The neighbors say Manitou Road is so busy it’s too dangerous to cross when it starts getting dark so sometimes the mail sits here overnight.

Rosati says she’s grateful to the good samaritan who sent her the stolen check.