Tornado touches down in Goshen, Ohio

GOSHEN, OH (WHEC) — The National Weather Service has confirmed that an EF2 tornado touched down in Goshen, Ohio Wednesday afternoon.

The downtown area took the brunt of the damage, with direct hits on the police station and fire station.

Following the storms, officials went door to door to check on residents.

Crews are continuing to assess the damage and say that some structures outside the city also received significant damage. 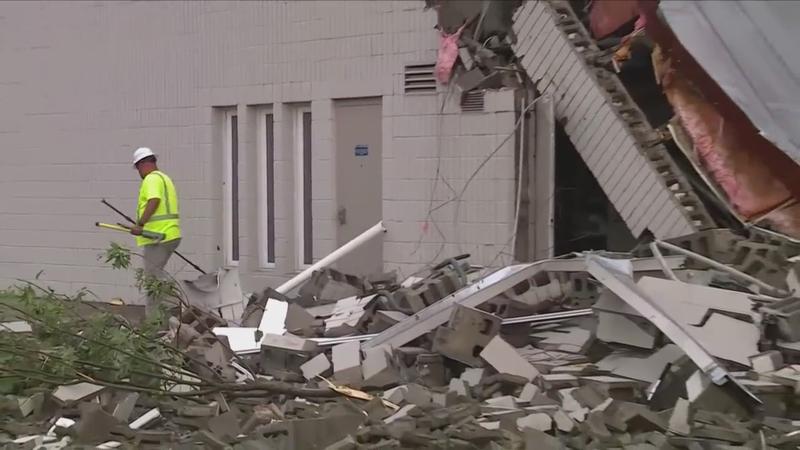 Duke Energy estimates that over 100 power poles need to be replaced before they can start restoring power.

Officials say there were two injuries and no fatalities.

"We do have only two confirmed injuries at this time, one was a firefighter injured by a chainsaw, the other was a resident who was injured by falling debris. We don’t know of any other injuries and we have no fatalities," said Steve Pegram, Goshen Township Administrator. "We have probably somewhere in the range of 150 to 200 structures that we know are damaged. We’re doing more damage assessments today. Some of the hardest-hit buildings beside the residential areas are unfortunately our police station, our fire station, and our schools."

"We’re lucky, we’re very blessed, it could have been a lot lot worse."