ROCHESTER, N.Y. (WHEC) — Two men are facing charges and two people are injured after New York State Police Troopers attempted to pull over a car and it turned into a chase early Wednesday morning.

Troopers tried to stop the car around 1:15 a.m. but the driver kept going until he eventually crashed into another car on Cumberland Street and North Clinton Avenue.

Benjamin Boyd, 26, and Dasean Brown, 21, both of Rochester, were both arrested and both charged with one count each of second and third degree criminal possession of a weapon.

Troopers say there are pending warrants against them: with Boyd having two larceny warrants from the Monroe County Sheriff’s Office and Brown having a probation warrant from a previous robbery arrest.

An illegally-possessed gun was found in the car according to troopers and the car was stolen at gunpoint in Elmira back on Nov. 6. 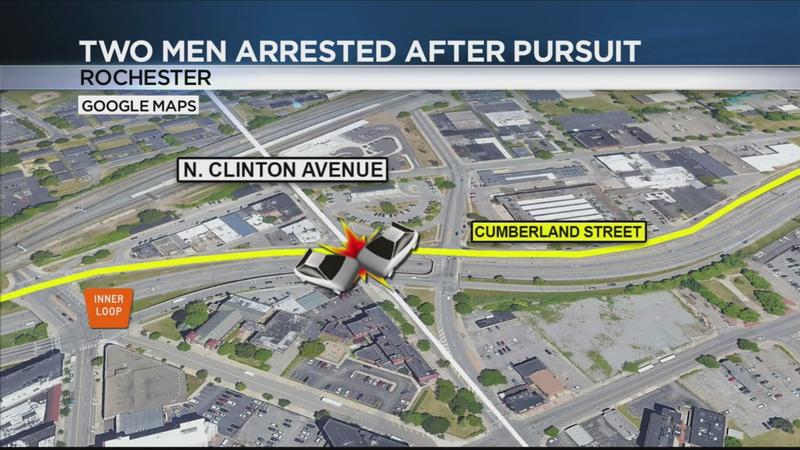 Two people in the car that was hit were taken to the hospital with minor injuries.