Troopers: Driver ticketed in crash that seriously hurt other driver on 390 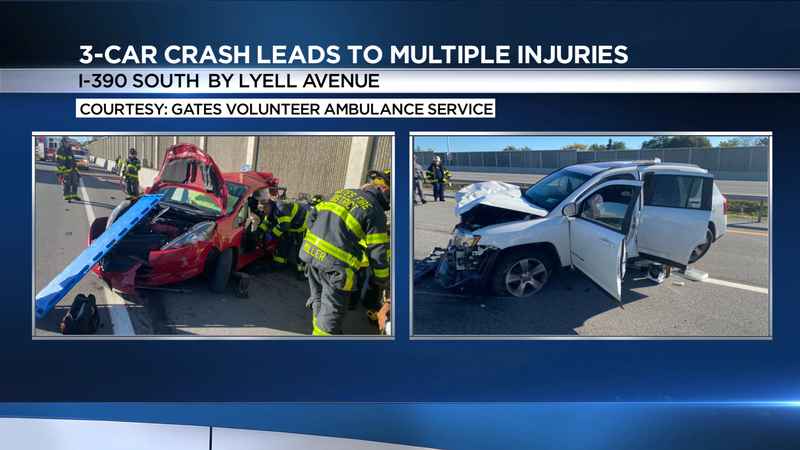 Police say the crash happened on 390 south near the Lyell Avenue exit just after 9:15 a.m.

Troopers say the driver of a Jeep hit a driver of a Honda from behind, which caused the honda to strike a pickup truck. The driver of the Honda had to be removed from the car by rescue crews and was taken to Strong Memorial Hospital.

The driver of the jeep, who was cited for driving with a suspended license and registration, was also taken to the hospital. The pickup truck driver was not hurt.