LEICESTER/DANSVILLE, N.Y. (WHEC) – Two women from Livingston County are facing felony charges after they drove intoxicated while children were present in the car.

A woman from Warsaw is facing felony DWI and child endangerment charges. The LCSO says that Janell Aiello was driving on Perry Road in Leicester when she hit a deer and crashed into a ditch on June 15. Deputies believe she was under the influence of drugs. She also had a 9-year-old in the back seat.

Another Leandra’s law arrest in Livingston County occurred on June 13 in North Dansville. The sheriff says this woman—Megan Koch of Springwater—was found slumped over her steering wheel.

Investigators believe she was also on drugs and say a 1-year-old was in the back seat. 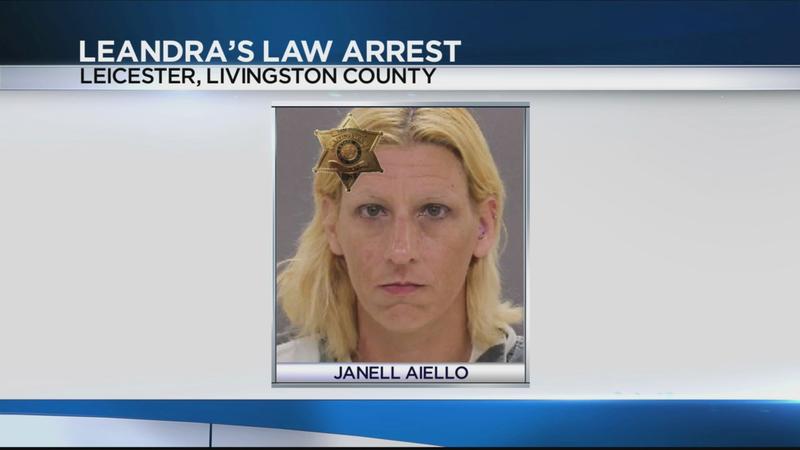