Two people are fighting for their lives after two new shootings Saturday night.

The incidents happened within an hour of each other. One was on Watkin Terrace, and the other was on Cady Street. Investigators say they got to Watkin Terrace around 3 p.m. They found a 46-year-old Rochester man in the middle of the road with multiple gunshot wounds. Officers applied two tourniquets and he was sent to the hospital where he is in critical condition. About an hour later, police got a call for another man shot on the 100 block of Cady Street. Police say that a 31-year-old man had one gunshot to his upper body. He was taken to the hospital where he is stable but critical.

In a statement released tonight by RPD, Captain Steven Swetman said, "There are young children on these streets who are witnessing and being affected by the violence and we need to focus on rebuilding one another and not destroying our city. We all need to do our part to help decrease the violence and step up when something is not right."

In the same statement, the captain addressed how hard officers are working to keep the streets of the city safe and that the community needs to do the same. In reference to the Watkin Terrace shooting, the captain says, "Some of the officers were still covered in blood on their hands and body. They were so focused on helping to secure the crime scene and ensure we preserve evidence that they didn’t find the time to clean themselves up. That is the dedication that these officers have to performing their work with people they do not even know and trying to save lives." 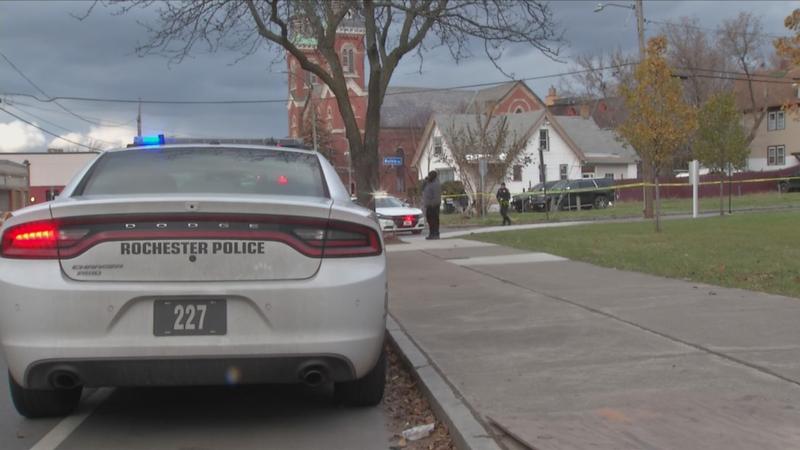 RPD fed up with the gun violence in the city.[News10NBC]

Police say both shootings are still under investigation and that they’re still looking for leads to an arrest in both cases.