HENRIETTA, N.Y. (WHEC) — It’s been quite some time now since Sears closed its doors for good at Marketplace Mall in Henrietta.

The site of the former department store is currently being transformed into the University of Rochester Orthopedics and Physical Performance Center.

News10NBC took a tour of the facility which is scheduled to open in November.

Between 150 and 200 construction workers are busy every single day turning all that former retail space into a state-of-the-art patient care facility.

"It’s a concept that’s spreading across the country of reusing space that is no longer being used," said Chairman of Orthopedics Dr. Paul Rubery. 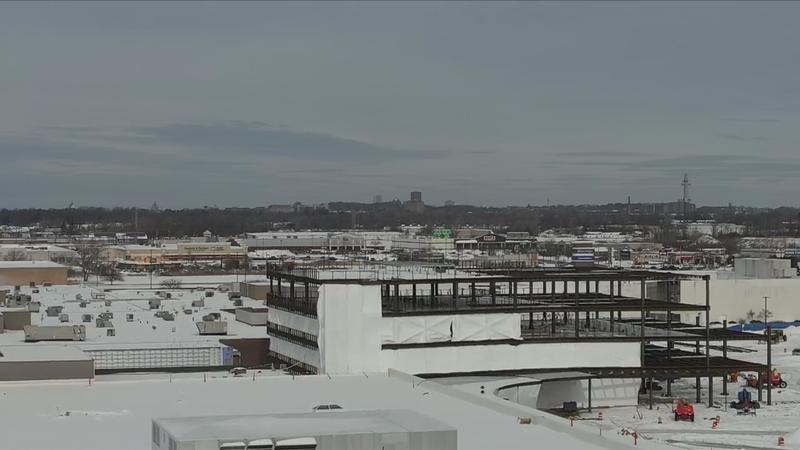 It’s no secret that online shopping has definitely stripped malls of their core customers, forcing once-popular department stores like Sears out of business. The orthopedics and physical performance center is moving in at the perfect time, to fill an important need in the community. Rubery said this is the medicine that deals with motion.

"We have an increasingly active-minded citizenry whose looking to get the latest, and greatest care, and at the same time, the things that we can do in orthopedics are increasingly less invasive, higher technology, and shorter stays in the hospital. If you need to be in the hospital at all," Rubery said.

"By reusing a mall you’re actually not building as much," said Robert Goodwin, Design Principal at Perkins and Will. He continued, "It’s actually a more sustainable strategy because you’re not just building everything new. You’re actually adapting an existing structure for a new use, and that is a good way to save resources as well. So we like that idea."

Right now almost everywhere you turn in the building, all you see is the skeleton, and some walls as all sorts of surgery, and therapy rooms are being added.

He went on to say once the surgery portion of the facility is completed, doctors will be able to deliver world-class care making this location ideal for the community.

"There were some green spaces, in other words, spaces with nothing on them that were further away, but because we serve the community it was important to us to locate this facility convenient to the bus routes. Convenient to where people live and work. So that we could be most available to our patients," Rubery said.

Goodwin added, "It’s meant to be a regional center. It will draw people from Buffalo, Syracuse, and even New York City."

Rubery told News10NBC once the project is completed 800 employees will be working there and seeing at least 2,000 patients on a daily basis. He also estimated 15,000 surgeries, and procedures will be performed at the center every year.