U of R students on Genesee Riverway Trail: ‘There are always people around’

Several hours later, the university sent out a message to students and employees alerting the campus community about the incident.

After receiving that message from the university, students told News10NBC’s Emily Putnam that it’s common to have unwanted encounters while walking on the Genesee Riverway Trail.

"I’ve been approached a couple times,” said U of R senior Kendra Watson. “Usually I’ll just ignore it and keep walking, or say like ‘sorry I don’t have any money." 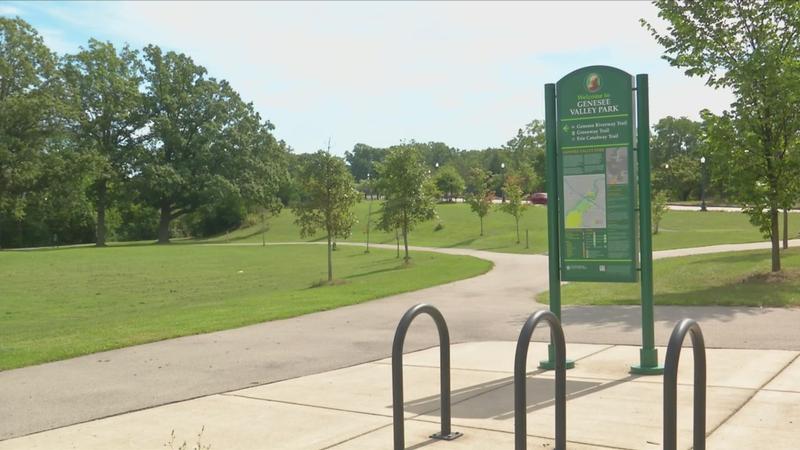 The trail is used by many students to get from the west side of the Genesee River (where a lot of students live) to campus. The university confirmed that Saturday’s incident happened on the portion of the Genesee Riverway Trail to the south of the Staybridge Suites hotel on Genesee Street.

"When we walk home, at night from school… or like sometimes we have to be on-campus before the sun comes up, and that’s kind of nerve-wracking because there are always people around," said U of R senior Lauren Berry.

In its message to students, the University of Rochester said “a passing witness alerted a DPS [Department of Public Safety] officer of someone screaming in the area. DPS located the student, who reported that an unknown male came up from behind and attempted to sexually assault them, but after a struggle, the suspect fled the area.”

After reading that, roommates Kendra and Lauren set some ground rules.

"After hearing that, we actually talked because we live together,” said Watson. “Nobody’s gonna be walking down that path alone … cause [Lauren] had done it a couple weeks earlier but we were FaceTiming while doing it, but it just like… really did not sit well."

City Court confirmed with News10NBC that the suspect, 31-year-old Courtney Barber, was arraigned today. Rochester Police Department confirmed his charges, including attempted rape, stalking, and criminal mischief. He is due in court on Thursday, September 23 at 10:30 a.m.

Students say they’d feel safer with more street lighting and more of a presence from the university’s Dept. of Public Safety.

"Public safety definitely by more of like the student housing, cause there’s Riverview and Brooks, but a lot of students live like in between there and along Genesee,” said Berry.