PITTSFORD, N.Y. (WHEC) — A Ukrainian-American woman now living in Pittsford is asking the U.S. government to open our borders so that Ukrainian refugees fleeing their homeland can reunite with their families here in the United States.

News10NBC has the details of her sister’s unique situation, and what is being done to help these Ukrainian refugees.

Recently we introduced you to Elina Jordan who helped bring her parents to the United States after they first escaped Ukraine to Poland. Now she’s trying to help her sister and nieces who are currently stuck in Poland with a unique problem on their hands.

"We’re very thankful for all the help that has been already given to us from the United States. I think we wouldn’t be where we are right now as a country," Jordan said.

This Thursday marks a full month since Russia invaded Ukraine forcing millions of its citizens to flee. Jordan’s parents, Tatiana and Yurii, arrived in the US just about three weeks ago. They were able to enter thanks to their American visas. Jordan’s sister who is stuck in Poland also has an American visa, but her two young daughters, who are adopted, don’t, which is preventing them from resettling here. 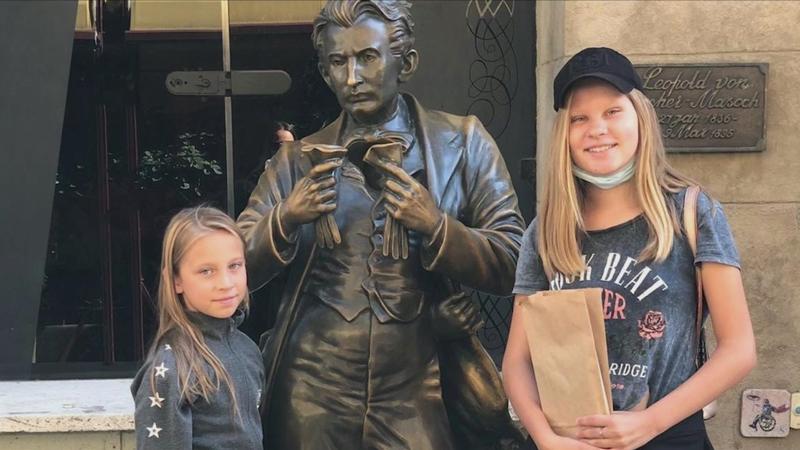 Jordan said even as war refugees they don’t qualify for Temporary Protective Status which expired on March 1.

"Unless you have a current visa that is working at the moment, you are not allowed to enter United States, and I really like to ask officials if that’s possible to you know open up the borders to fleeing Ukrainians," Jordan said.

News10NBC took her questions to Congressman Joe Morelle, (D, NY-25), who says there’s a whole team of people that are working every day on both visa, and relocation issues.

"We’re asking the White House, and The State Department about temporary visas, extending visas. So that’s all part in what we are doing," Morelle said.

Jordan said there’s about 40,000 Ukrainians living in the Rochester area, and some in the community are asking why the border was open to non-US visa carrying refugees from Afghanistan. We asked Morelle why is there a difference?

"The issue is the Polish government which is a NATO partner of ours," Morelle said. "We’re all working trying to organize this. First of all, give humanitarian relief for these folks. We’re continuing to meet our obligations you know from a military point of view in getting defensive, and other armament into Ukraine."

Jordan said her sister and nieces are okay in Poland for now, but she’s uncertain for how long.

"The war can be unraveling even further, and in my case, I would love to invite her in and give her space to stay," Jordan said.

Morelle did say that his Office would like to hear from local Ukrainians, and the similar challenges they’re facing trying to bring their family members here to America. Click here to contact Morelle’s office.