ROCHESTER, N.Y. (WHEC) — If you’re one of the thousands of people who recently got an email from the New York State Department of Labor (NYSDOL) requiring you to prove, or re-prove, that you were entitled to the unemployment benefits you got more than a year ago and you’re struggling to get through the process, you’re not alone.

As News10NBC reported last week, NYS is requiring people who collected Pandemic Unemployment Assistance (PUA) after Dec. 27, 2020, to provide financial proof that they had been employed or self-employed before applying for benefits. Those who fail to respond within 90 days could be forced to pay back all the benefits they received.

“We had to provide that information or we wouldn’t have been approved,” Tina Quilan told News10NBC last week when she received an email demanding the information, “maybe they were such a mess that they were approving people without proper proof but I sent it initially so, I don’t understand, I don’t think that it’s right that the burden should be on us now all these years later.”

NYSDOL tells News10NBC that the federal government is requiring it to do the cross-check as part of a program integrity measure.

Many of those forced to provide the information report they are having trouble using the state’s system to actually do it. 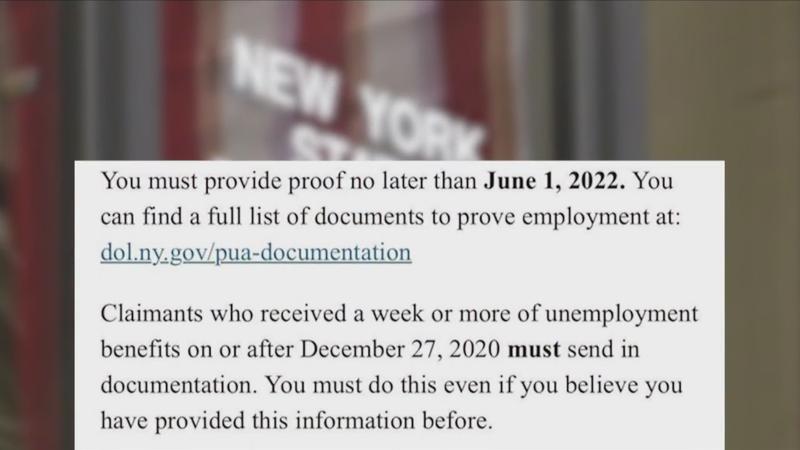 A spokesman for the NYSDOL said you should ensure you’re logged out of ALL other NY accounts when attempting to go through this process. You’ll only be able to access the portal if logged into the account associated with the PUA account.

Another issue News10NBC has been hearing about is a lack of information about whether the requirements have been met after documents are uploaded.

NYSDOL says, “if a New Yorker provided documentation in the required timeframe, nothing further is required of them unless we ask for more information, or they are issued an appealable determination letter.”

Everyone who will be required to go through this process has been notified at this point either via email or US mail. If you’re still having trouble completing it, you can try to get through to someone at the NYSDOL call center, the number is 888-209-8124.