ROMULUS, N.Y. (WHEC) — Eight corrections officers were injured, five of them badly enough to need to go to the hospital, after what the union representing them described as an attack at Five Points Correctional Facility Monday afternoon.

The New York State Correctional Officer & Police Benevolent Association said it started when two inmates were escorted out of the mess hall after refusing to follow directions given to them by three officers.

The union says the inmates resisted and the officers were forced to the ground, then a third inmate charged toward the exit of the mess hall and an officer "grabbed him in a body hold and forced him against the wall."

Then, the union says officers used OC spray, before an inmate punched and kicked staff in the face. The spray was used again before the situation diffused. 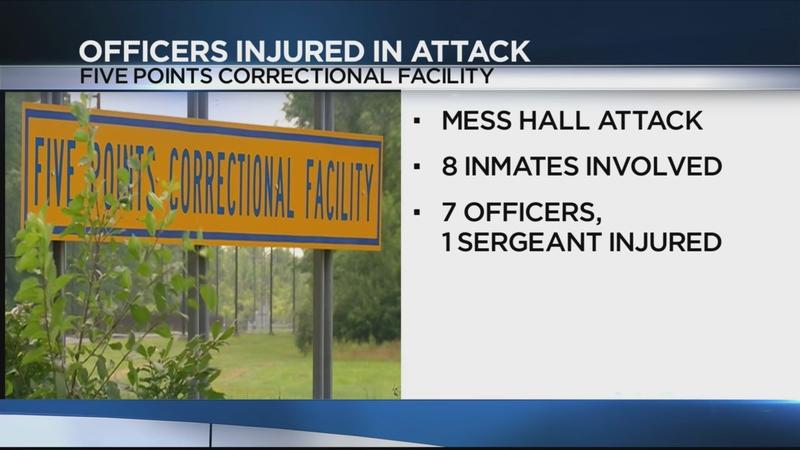 The union said three inmates were placed in Special Housing Units and disciplinary charges against them are pending.

Three officers were treated by facility medical staff and stayed on duty and three officers and a sergeant were treated at Geneva Hospital for cuts and other injuries. They did not return to duty, the union said.

The officer who was knocked unconscious was treated at Cayuga Medical Center for a concussion and has since been released.

The union says the incident is still being investigated.