ROCHESTER, N.Y. (WHEC) — Four graduates from the Police Exam Career Prep here in Monroe County have been hired to work for the Rochester Police Department.

They say they want to make people safe like police make them feel safe. They’re stepping out as the city faces a growing surge in violence. The ceremony was held at the Public Safety Training Facility. More than a dozen members of the Rochester Police Force were there to congratulate the new members.

News10NBC had the chance to meet Beraldi Torres, Fernando Rivera and Vincent DiPonzio. They spent different amounts of time in the academy ranging from seven months to a few years. All three say they’ve lived in the city their whole lives and want to make a difference in the communities they grew up in. Torres told News10NBC one memory he has of the Rochester Police Department is the reason he wanted to become an officer.

"One thing that I remember is waiting at the bus stop and having RPD drive by," Torres said. "It was always in the back of my mind. I thought, ‘if he drove by, then that means I’m safe.’ I was always looking for law enforcement, and I can tell them that I need help."

The graduates say they are set to start with RPD on Nov. 29, but they still have a few months of training to do before they go into the field. 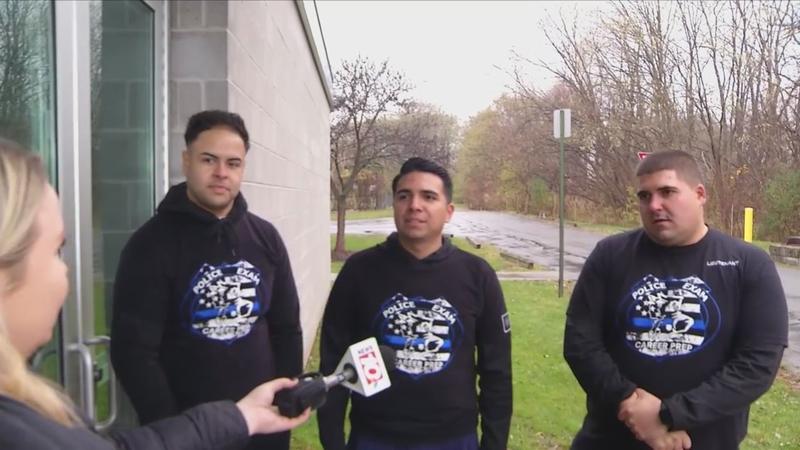 Graduates of the Police Exam Career Prep at their graduation. [News10NBC]