ROCHESTER, N.Y. (WHEC) – For several months now car dealerships and auto repair shops along West Ridge Road in Rochester have been broken into by car thieves. While most are targeted for their catalytic converters, others are stealing customer cars right off the lot.

News10NBC talked to a business owner who shared some surveillance video of a break-in with several vehicles stolen in just one night. This specific incident happened early Tuesday morning by at least 2 people who were captured by the business’ security cameras.

He describes a video of the break-in.

"They threw a brick through the front window, and they were tugging on the glass. It is safety glass so it is harder to break. They tugged on the glass until they were able to pull it out and gained access into the building and got the keys. They walked into the shop briefly, but didn’t take anything out of the shop." 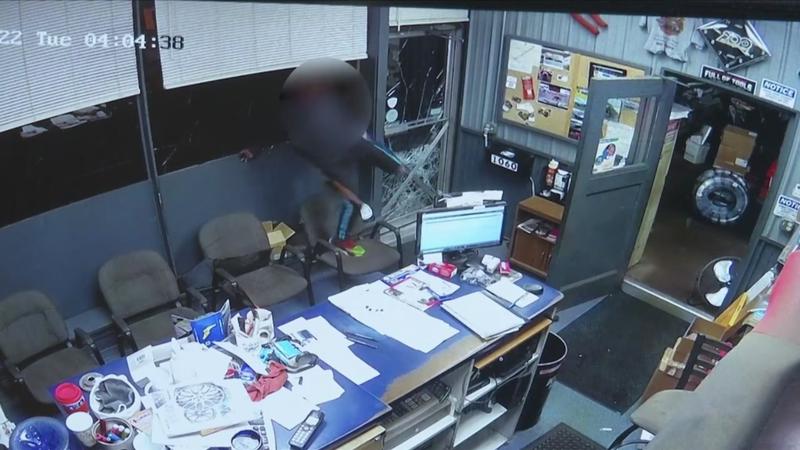 The cars were brought in by his customers for repairs.

"Unfortunately 3 of them were already fixed. A couple were found totaled already. We recovered 2, and we’re still missing 1, or 2. One I think is still missing," said Staub.

The thieves returned a short time later and stole additional vehicles. Staub says luckily his customer was quite understanding, and their insurance companies paid for the additional repairs. Staub hopes these individuals are caught by police rather quickly.

"It’s a tricky situation because I don’t want to see anyone get hurt obviously, especially the kids stealing the cars cause obviously they got lead down the wrong path as a young kid, but hopefully they can straighten themselves out. Make themselves better, and stop doing things like this," said Staub.

Now, he and other business owners have come up with a plan to help protect themselves.

"We’re talking to each other, considering hiring a private security firm. Our own for our own sake, but it’s a lot of money, and we’re just trying to figure out how to divide up the money," said Staub.

Rochester Police are currently investigating. They would like to hear from you if you have any information on this crime.