ROCHESTER, N.Y. (WHEC) — Honor Flight Rochester took off for the first time in two years since the start of the pandemic. It was an emotional day for some Mission 70 veterans. Some said they never thought this day would come.

Mission 70 was back on the ground in Rochester Sunday afternoon with a "welcome home" they’ll never forget.

COVID-19 canceled flights over the last two years which was devastating for some veterans who thought that by the time they had the opportunity, it would be too late. Warriors said soaring in the blue sky to Washington, to see their memorials, is so special.

"I can’t say enough about the individual who came up with the concept of honor flight, it’s just unbelievable,” Vietnam Veteran, Tom Hetherington said. 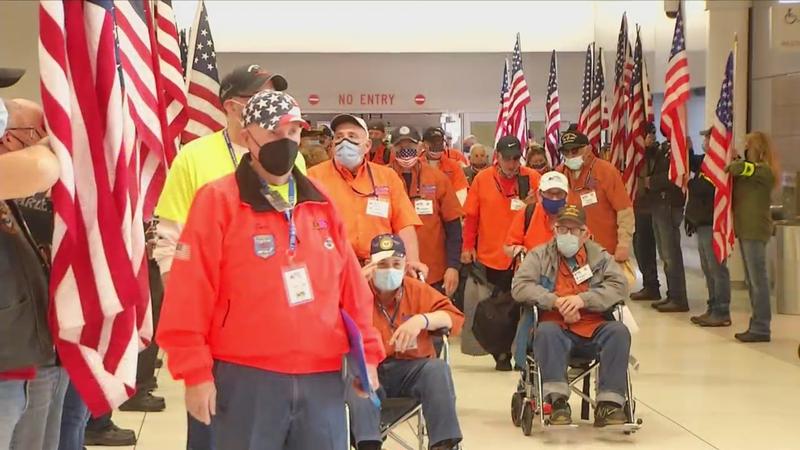 57 veterans make up Mission 70. The group took an all-expenses plane ride to Washington to see their monuments and memorials. Three World War II veterans, five Korean War veterans, 18 Cold War veterans, and 31 Vietnam veterans. Branches of service included Army, Navy, Air Force, Marines, and the Coast Guard. Basley said that when they got off the plane in Maryland, it was a scene he’ll never forget.

"The turnout at the airport in Baltimore was unbelievable, the amount of people welcoming us.”

One veteran said that besides seeing the memorial, sharing war stories with other vets was his favorite part.

"All the veterans had a lot of stories which was good. It was nice to meet everyone who went through what you did, it was nice,” Vietnam Veteran, Dennis Jones said.

A total of six missions are planned for this year. Veterans who were slated to fly before the pandemic are at the top of the flight list.