ROCHESTER, N.Y. (WHEC) — A Rochester homeowner is warning the community about catalytic converter thieves being back in the area.

In an exclusive interview with News10NBC’s Stephanie Duprey, the victim said his converter was ripped off his car outside his house and it was all caught on camera. In the video, you see a group of suspects drive off with what looks like the converter.

The second Tom Yatteau turned the key to start the engine, he couldn’t believe what he heard. His car was rumbling so loud that immediately he knew something wasn’t right.

"I thought the muffler just blew, I wondered, how could that be? I crawled under the car and sure enough, the cat[alytic converter] was gone,” Tom said.

The theft happened over the weekend in the early hours of the morning on Cypress Street. In surveillance video captured by a neighbor, you see a car driving in reverse down the road to the Yatteaus’ driveway, multiple suspects get out and start scoping the property. It took around six to seven minutes to seemingly take the converter and speed off. 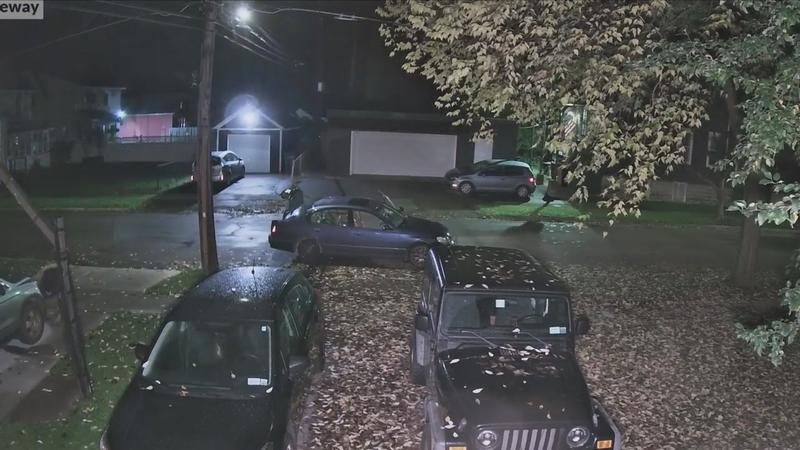 "You’re pretty much on camera, but also, this is someone’s home, I mean, what if I saw that? That would have put me in a spot, and no one wants any of that,” said Tom’s son, Michael Yatteau.

Tom told News10NBC he’s disappointed that Monroe County Executive Adam Bello vetoed a bill last week that aimed at stopping the thefts. Bello told us he thinks the bill could kill jobs and push the profits and crime to other counties, but Tom says he feels salvage yards are partly to blame.

"I kinda hold the junkyards responsible, because they should have better standards than just accepting these things and turning cash over,” Tom said.

"One of the things I’m doing right now, is I’m working with some business folks to get all the folks that scrap in Monroe County into a meeting. Let’s have a meeting to understand what’s going on. Really, if you think about it, it’s the simple fact that if no one can take them in, there would be no reason to steal them,” Baxter said.

Michael and Tom say that they’ve gotten together with their neighbors to set up more security measures like cameras down their street. Michael said he has filed a police report. The Rochester Police Department told us as of Monday night, the theft was still under investigation.