ROCHESTER, N.Y. (WHEC) — Tremaris Seymour and DeAnthony Rodgers are the names of the two people who were fatally shot on Sunday in Rochester, hours apart. Police are still searching for the gunman in both.

Rodgers, 35, died after a double shooting at the intersection of Monroe Avenue and Goodman Street around 3 a.m. An ambulance took Rodgers to Strong Hospital, where he was pronounced dead.

The other victim, a man in his 30s, has a lower-body gunshot wound and is expected to survive. Investigators said both victims were congregating near a food cart at the intersection. RPD investigators were huddled around a food vendor’s portable grill, bullets on the ground, and a black Jeep with evidence markers around it.

Seymour, 29, died after a shooting that was less than 12 hours after the shooting on Monroe Avenue. Seymour was shot on Jefferson Avenue near Bartlett Street around noon. The RPD major crimes unit was investigating and photographing multiple shell casings.

After police arrived on the scene, they found out that a private vehicle took Seymour to Strong Hospital with an upper-body gunshot wound, where he was pronounced dead. 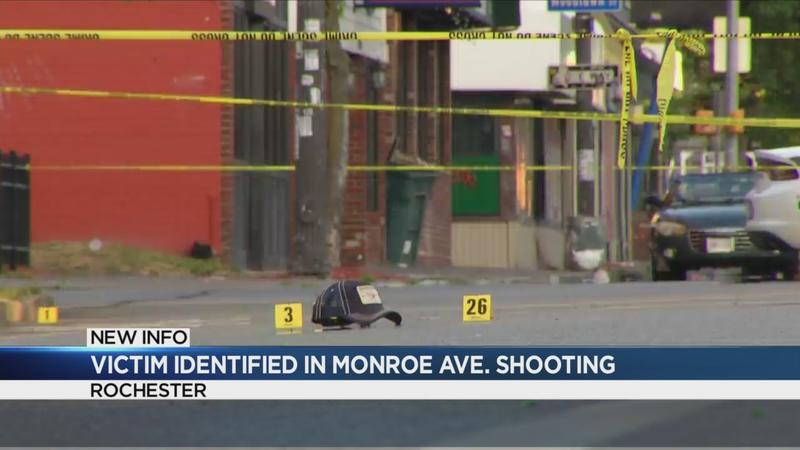 Anyone with information on these shootings is asked to call 911.