ROCHESTER, N.Y. (WHEC) — As confirmed cases of Monkeypox continue to grow across the country, it’s exploding in New York State.

News10NBC sat in on a town hall meeting where doctors offered some advice on how to protect yourself from the virus.

Much of what was discussed was centered on New York City since it’s the epicenter of the outbreak. Doctors at the virtual town hall were also asked questions from the concerned public.

"What we have learned a lot from COVID is that we have to remain humble. We know that the science is evolving, and there’s so much to learn," said Dr. Torian Easterling from the City’s Department of Health. 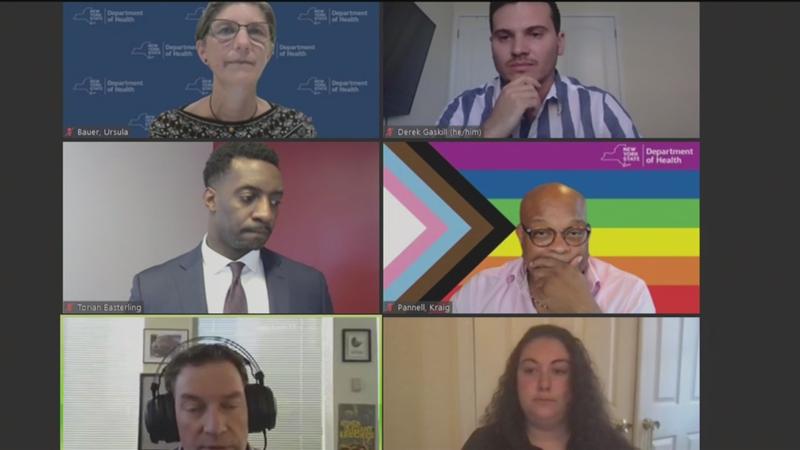 Doctors all across the state are trying to stay several steps ahead of the growing Monkeypox virus. Wednesday night doctors from Albany and New York City answered questions and gave online viewers an update on the virus. Dr. Ursula Bauer, New York State’s Deputy Commissioner of Public Health talked about one of the groups most at risk.

"One group that we’re particularly concerned about is African-Americans," said Bauer. She continued, "We’re seeing more African-Americans among cases than we are among those who are receiving the vaccine proportionately."

"There’s much more demand for the vaccine than there are vaccines to go around, and we’re doing our best to get that small supply of vaccine out to the people who are at highest risk of a recent exposure to MPX," said Bauer.

Governor Kathy Hochul says more vaccines are on the way.

One question that got a lot of attention from the doctors is—who exactly qualifies for the Monkeypox vaccine?

"Our criteria are clear. You know gay, bisexual, other men who have sex with men, or transgender, gender not conforming, or gender non-binary are all full on our eligibility criteria," said Easterling.

Women are considered low risk, but doctors say anyone that has close contact with an infected person also qualifies for a shot.

Follow this link to find all the updated information on the virus, and of course, how to protect yourself.