Warren and Singletary not resigning; will instead hold community event

Mayor Warren announced that community leaders will get together this evening to discuss how to make sure people can peacefully protest while police protect the Public Safety Building. The meeting will be held at 6:30 p.m. at Spiritus Christi Church on North Fitzhugh on Sunday. Reverend Myra Brown said that a group of around 50 "elders" would move ahead of any marchers Sunday to act as a buffer or shield between demonstrators and police.

At the press conference, Mayor Warren and La’Ron Singletary said they would not resign, and that in Singletary’s case he had not even considered resigning. Singletary acknowledged, however, that there had been some rumors to the contrary.

Warren and Singletary began the conference with statements followed by a wide array of questions. 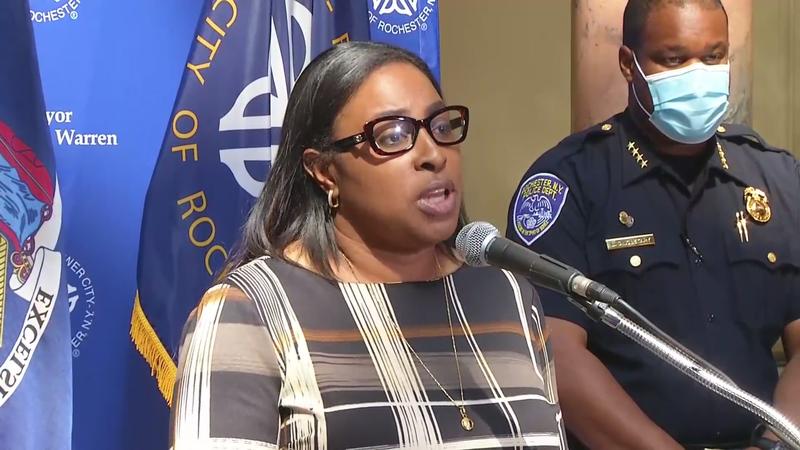 On the at-times violent events of the past few nights, Mayor Warren lay blame mostly on agitators, saying that they had "credible evidence" that some from outside the Rochester area want to destroy the Public Safety Building. Chief Singletary later added that some people had been arrested from other states, including Alaska.

However, Chief Singletary stood by the actions of police over the past few days, including Saturday’s incident near the Blue Cross Arena. He said that the department tries to protect the First Amendment rights of demonstrators and that he believed the police responded "with restraint" to the protest, later claiming that the group was only declared an unlawful assembly after bottles were thrown at officers. He did not go into detail on the police’s tactics and how they may change going forward. He also wouldn’t say how police would handle a call to 911 similar to the Daniel Prude call, beyond saying they would cover it the best they could.

Controversy also continues to rage as to when Warren, Singletary and other decision-makers were aware of the Prude incident. Warren said that she welcomes scrutiny from City Council on this issue and that she believes Chief Singletary did everything properly, noting that the incident and the investigation afterwards has taken place during a pandemic.

As for the way forward, Warren said that she wants to make sure that Daniel Prude’s death was not in vain, and that she has confidence in the police chief and how he is committed to doing better at restoring trust and faith in the community.