Washington looking for first win at Buffalo since 1987

BUFFALO, N.Y. (WHEC/AP) — The Buffalo Bills will kick-off to the Washington Football Team Sunday following a 35-0 win against the Miami Dolphins.

The game starts at 1 p.m. This is the first game at Highmark Stadium to require proof of vaccination against COVID-19 for all fans over the age of 12.

Both teams are starting the season out 1-1. The last time the Bills faced off against Washington they won 24-9 back in November of 2019 at home. Last week, Washington beat the Giants 30-29.

This week the Bills will have to watch out for LB Jamin Davis. The first-round pick who has not been his playmaking self yet while slowly adapting to the pro game gets a chance to balance run and pass responsibilities against Buffalo QB Josh Allen.

For Washington, they need to keep an eye on quarterback Josh Allen, more with his legs than his throwing arm. Washington struggled to contain Giants QB Daniel Jones on the ground last week, and Allen will have the chance to add to his season total of 79 rushing yards.

As for injuries, Washington DT Matt Ioannidis suffered a knee injury against the Giants, and RB Antonio Gibson is expected to play despite a banged-up left shoulder. Bills DT Star Lotulelei now has a groin injury after missing the season opener with a calf problem.

The Bills have won seven of the past eight meetings. Washington’s only victory during that stretch came in 2015 at home. Before that, the last time Washington beat Buffalo was the Super Bowl following the 1991 season. That was the second of four consecutive Super Bowl losses for the Bills and Washington’s most recent championship. Washington has not won at Buffalo since 1987. 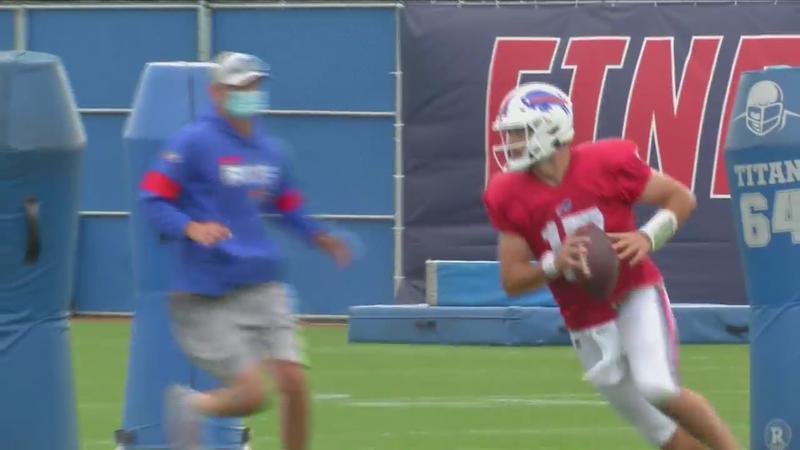