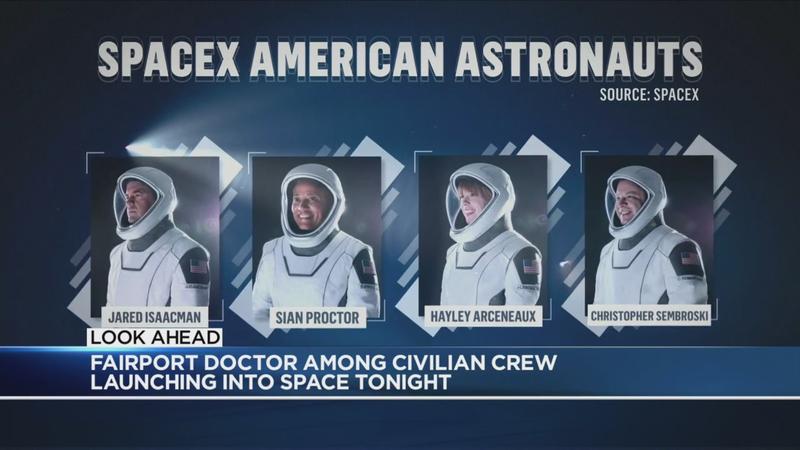 ROCHESTER, N.Y. (WHEC/NBC) — Four Americans who are not professional astronauts will blast off into space Wednesday night, including a Fairport native.

Sian Proctor will be on board. She’s a geoscientist and educator who graduated from Fairport High School.

Proctor will be joined by billionaire Jared Isaacman, a physician assistant and a data engineer.

The launch window for the SpaceX "Inspiration4" mission opens at 8:02 p.m.

They’re leaving from NASA’s Kennedy Space Center in Florida. You can watch NBC’s coverage in the video in the player below (mobile users, click here):