Editor’s Note: This story has been updated to correct the spelling of Sally Reaves’s name to reflect a correction sent by Lollypop Farm.

Sally Reaves, 72, was charged with failure to provide proper food and drink. 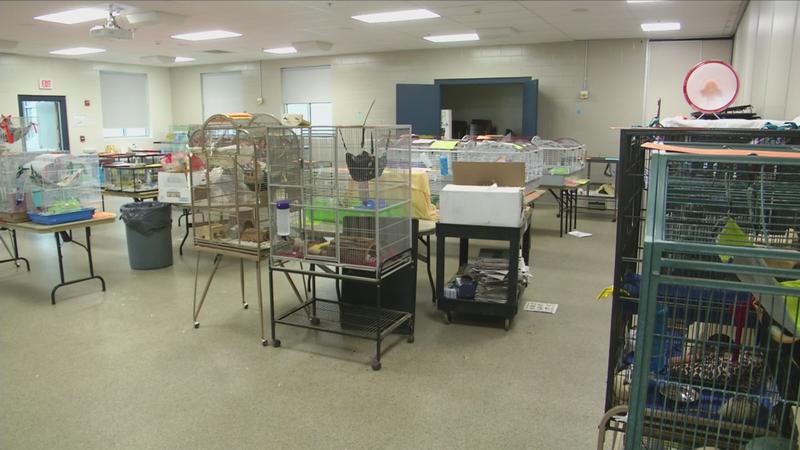 Investigators say the ammonia levels in the facility that the animals were living in were too high for even humans because of the lack of ventilation and animals waste.

Brean was able to call Reaves on Wednesday. She told him she believed that while the animals were crowded, every one of them was healthy.

Reaves: "I’ve been licensed for years and years and apparently when I renewed my license they said they only got the wolf license, not my bobcat and fox and alligators and things like that."

Brean: "Sally, are you concerned that you’re going to get charged with something?"

Reaves: "I have no idea, to be honest. I don’t know where this is going. I really don’t. My biggest concern obviously is my animals."

We are devastated with the recent seizure of some of our animals who have acted as animal ambassadors in our wildlife programs through the years.

The animals that were seized by the NYS DEC were removed because of an error in licensing paperwork, not because of their living conditions or health.

The “800” animals taken to Lollypop Farm were primarily rodents with their babies. Rats and mice can have between 10 to 15 babies at a time and these babies were included as part of that number (For example 50 mice that have 10 babies each all of a sudden turn into 500 animals if you count them individually) which is what was done.

Unfortunately many of the reports out there are more sensationalism than fact. We are currently working with the proper people to get everything corrected and have our animals safely returned to us.

Please understand, we do still have some of our animals and websites/pages were temporarily disabled due to threats against us and our volunteers when the initial story broke. We need to protect our animal ambassadors as well as volunteers while the entire story is being told.

We would like to thank all of those who have reached out and provided us with positive affirmations and support during this trying time.

Your faith and confidence in us is greatly appreciated.

Lollypop said Friday that its veterinarians and shelter staff are still working to examine each animal to ensure all ailments are being cared for and to prevent the spread of disease among the population.

Reaves was ordered to appear at Marion Town Court on April 6. If she’s found guilty, Lollypop says she could face up to a $1,000 fine and up to one year in prison.

Lollypop Farm said as of Friday, it is still in urgent need of donations to help take care of the seized animals, including metal aquarium water bottle holders, empty tissue boxes, paper shreds, towels and gift cards for fresh produce.