‘We Won’t Go Back: Bans Off Our Bodies’

CANANDAIGUA, N.Y. (WHEC) — Abortion-rights activists outraged by the Supreme Court’s decision to overturn Roe V. Wade protested in Canandaigua on Friday. Some are worried other freedoms are also in jeopardy. Those who are anti-abortion say they agree with the ruling but think the fear of losing other rights is being used as a distraction.

"We won’t go back" was the theme of Friday’s rally in Canandaigua, some on the anti-abortion side say all the Supreme Court did was make abortion a state issue, saying that ultimately, other rights like gay marriage wouldn’t be in jeopardy.

"I have six granddaughters, and I have a daughter, I worry about their health care in the future, I have friends in the LGBTQ community and this is going to affect their rights and women’s rights," Leah Powers said, part of the abortion-rights group.

"What the supreme court has done is they have reaffirmed that these are state issues, the bottom line is that it’s a distraction that they’re using to their benefit and this will not impact anything outside of the fact that this returns sovereignty to the states when it comes to their ability to control what their people believe should be the best way to handle abortion, Senator George Borrello told News10NBC.

Dozens of abortion-rights activists held signs near Atwater Place and West Avenue in Canandaigua. Some say it feels like time travel. 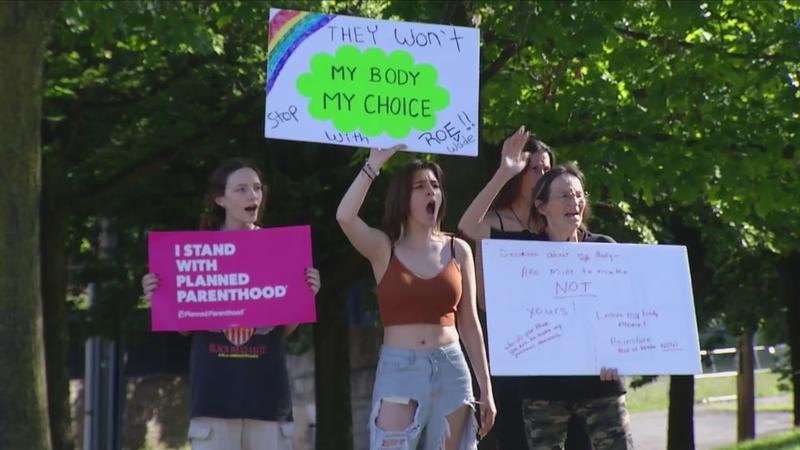 "I’m old enough to remember when Roe v. Wade passed, and to have it rescinded, I just can’t believe it," Lisa Klaczyk said.

"I think back to all the women who worked and protested and fought, it’s 2022 and I’m in disbelief," Kelsey Ryan added.

Borrello says even with the Supreme Court’s decision, nothing will change in the Empire State.

"I am pro-life, this supreme court ruling does nothing to abortion rights in New York State. It will not change anything when it comes to being able to get an abortion up until the moment of birth which I find reprehensible," Borrello added.

We should note abortions are legal in New York State up to 24 weeks of pregnancy or later if your health is at risk or your pregnancy will not survive.

Saturday there will be two local rallies from each side, and News10NBC will be out at both. As we continue our coverage this weekend, tune into News10NBC at 6 p.m. Saturday.

The event in Canandaigua was organized by Planned Parenthood, MoveOn, UltraViolet, Women’s March, and other abortion-rights organizations.