WEBSTER, N.Y. (WHEC) — A Webster man was arrested on Wednesday for a stabbing that happened on July 18 on Krieger Road.

On Monday, July 18, at approximately 6:51 a.m., Webster Police Department responded to the 700 block of Krieger Road for the report of a stabbing.

When police arrived, they located a male stabbed. The victim was transported to Strong Memorial Hospital where he was treated for serious physical injuries. He is reportedly in stable condition. Investigators say that the altercation stemmed from a domestic relationship with a known suspect.

On June 20, Webster Police Department with the assistance of the U.S. Marshals Task Force arrested the suspect, Darryl Mickle, 37. 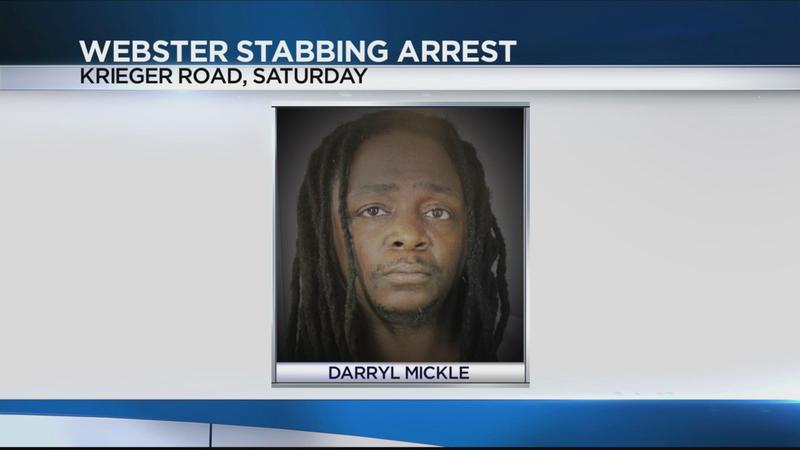 Mickle was arraigned in Webster Town Court and remanded to the Monroe County Jail. Bail was set at $5,000 cash for the Assault charge and $50 cash for the Burglary First charge.