Webster man trying to help his former Afghan employees get out

ROCHESTER, N.Y. (WHEC) — As the chaotic situation in Afghanistan continues, a Webster man who worked in the country for years is desperately trying to help the Afghan people who he employed, get to safety.

Eoin Maguire worked in Afghanistan for seven years as a contractor.

“[I] became the site manager for the new consulate in Herat City and that was where I got most of my experience dealing more with the local nationals on a hands-on basis,” he told News10NBC.

Maguire built friendships with many of the Afghans who handled the day-to-day operations at the consulate helping to support the American mission.

“They were electricians, carpenters, housekeeping, groundskeepers, HVAC mechanics, all the people who kept the place running,” he said. 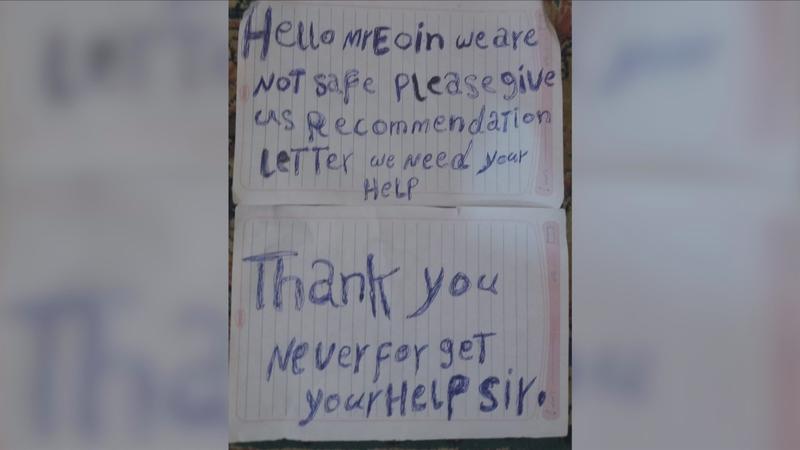 Maguire left Afghanistan in 2014 but he’s kept in touch with many of his former employees, providing letters proving their service to the American government if/when they apply for visas.

Over the past few weeks as American troops have withdrawn, requests from his former employees have been coming fast.

“Every morning I wake up to three or four new emails with more of my former employees sending pictures and sending their identification cards so that I can put together a letter for them,” he explained.

And many of the pleas are desperate and heartbreaking.

In one email shared with News10NBC, a former security supervisor in Herat City included a picture of his two young daughters begging Maguire for help.

“There were a lot of locals that sacrificed their lives to help us this entire time,” he said.

And even though the situation at the Kabul airport is tenuous, at least those Afghans have a chance. Maguire’s former employees and friends are still in cities hundreds of miles away.

“Kabul is the only place where the extractions and withdrawals are taking place from, it’s already closed and over with in regions like Herat City, Mazar-i-Sharif, Kandahar where we had a very large footprint and had a lot of support from the local people there. There’s a lot of men and women that will make fine Americans if they can make it here they really would,” Maguire told News10NBC.

Aside from providing the letter to prove their employment, Maguire feels helpless and wishes there was more he could do.

News10NBC reached out to both Congressman Joe Morelle and Senator Chuck Schumer. Both promised to have their constituent service teams connect with Magurie to try and help expedite SIVs but admit right now the administration has not indicated they have the capacity to help any Afghans actually get to Kabul and that their primary focus remains to evacuate U.S. Citizens, Green Card holders (LPRs), and then SIVs who have made it past the Chief of Mission phase in the process.