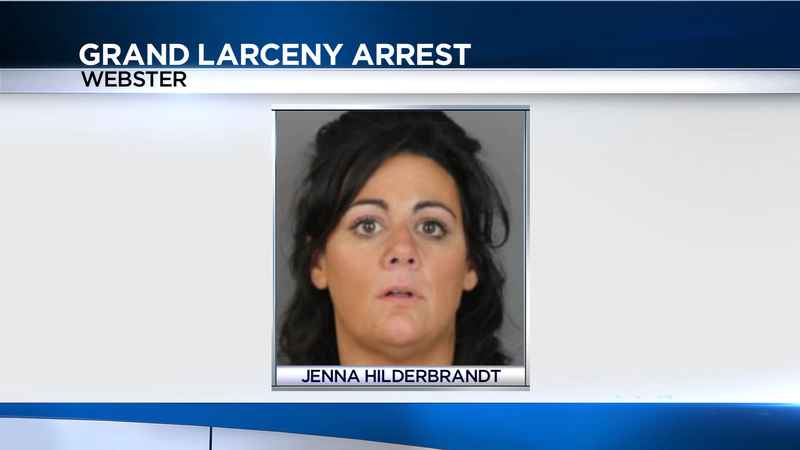 WEBSTER, N.Y. (WHEC) — A Wayne County woman is accused of following shoppers and stealing their purses and wallets over the past several weeks.

The Webster Police Department said Jenna Hilderbrandt, 36, of Ontario would follow other women into stores and as they shopped, wait for them to turn their backs, then reach into their purses to take their wallets, or steal the entire purse.

Some of the victims didn’t realize what had happened until there were already charges on their cards from other stores.

She was arraigned in Webster Town Court and remanded to the Monroe County Jail on bail because police say she has a prior arrest history.