The Jamestown Police Department posted body camera footage to Facebook that shows Officer Mark Conklin running toward a house that was engulfed in flames on William Street.

Chief Tim Jackson said Conklin was responding to a call on Baker Street just after midnight when he was alerted of the fire.

Children and an adult were trapped on the second floor of the house.

The video shows Conklin directing the trapped occupants to jump, and him catching them. 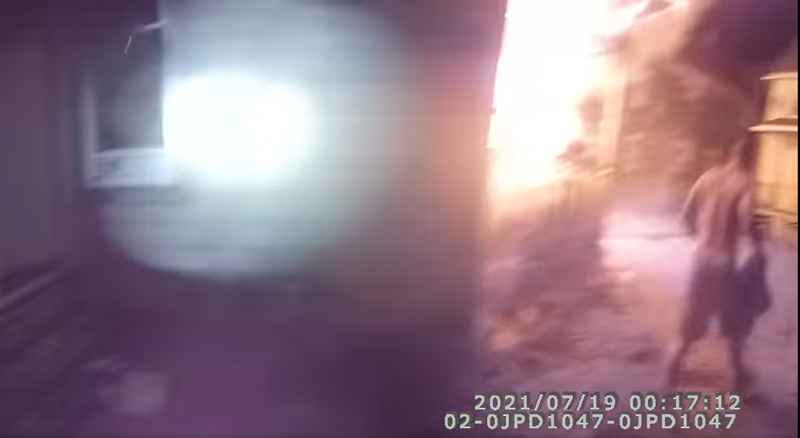 Chief Jackson said of the act:

“I can say that I have seen many examples of heroism over the years by officers. After watching the video of this incident and speaking to others involved, I can say that the actions of Officer Conklin were, to say the least, one of the most outstanding examples of bravery, heroism, and exemplary service I have seen.

Please keep the family in your thoughts and prayers.

A big thank you to the members of the Jamestown NY Fire Department Local 137 for their efforts in fighting the blaze.”