WILLIAMSON N.Y. (WHEC) – A fire that could be seen for miles at a chemical plant in Wayne County was extinguished before it could spread to the rest of the plant, but ended up sending 11 firefighters to the hospital.

The fire broke out around 7 a.m. Wednesday at Thatcher Company along Route 104 in Williamson. Flames were shooting through the roof.

According to Williamson 1st Assistant Fire Chief John Manahan, the fire was in a storage area for empty drums and totes, where there may have been residual medicated soap in totes.

Manahan credits the fact that the fire department had toured the plant about three weeks ago with helping get the fire under control quickly. He says a dozen departments were called in due to the nature and size of the industrial building.

While Route 104 near the plant was shut down, no one in the area had to be evacuated. 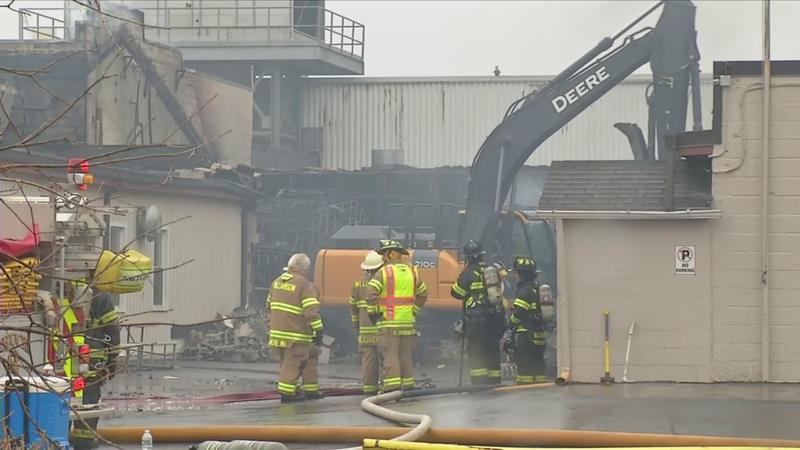 Manahan initially said two firefighters were taken to the hospital with minor injuries, one with a sprained ankle and the other with possible smoke inhalation. He said employees had been evacuated before first responders arrived.

Since the initial response, the Wayne County Sheriff’s Office confirms a total of 11 fire personnel were treated for either inury or smoke inhalation.

The cause is under investigation, but appears to be accidental.