Woman accused of killing husband in Ogden crash pleads not guilty to murder, other charges

OGDEN, N.Y. (WHEC) — The Ogden woman indicted on several charges, including murder, in connection to a crash that killed her husband pleaded not guilty to Thursday.

The attorney for Jennie Clark entered a not guilty plea to second-degree murder, reckless endangerment, and DWI-related charges. She appeared in court as part of her arraignment.

Investigators say Clark was driving her family home, on the morning of July 4 when she crossed into the wrong lane, striking a utility pole on Colby Street near Union Street.

A section of the pole landed on the car, killing 43-year-old Matthew D. Clark instantly. Three children under the age of 16 were also in the car at the time of the crash but were not hurt.

"She is charged with having utter disregard for the life of her husband, and risking the life of her three daughters that were in the backseat of the car," said Assistant District Attorney Amanda Balling. 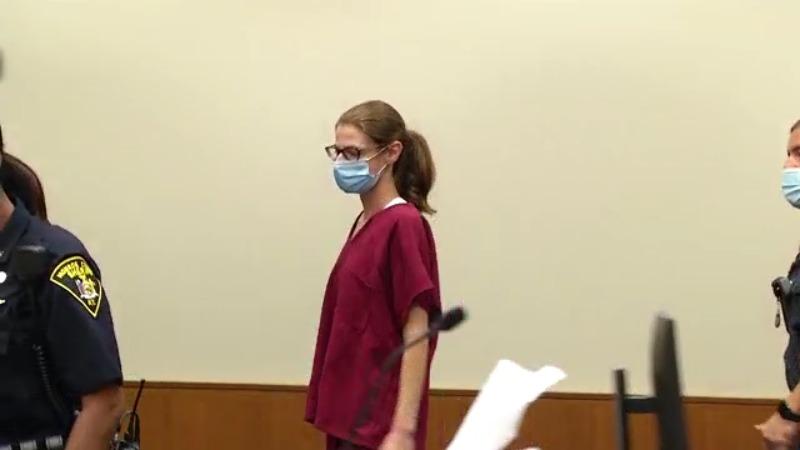 Prosecutors say Clark can be heard asking "Do you want to die?" in a cell phone video taken by one of her kids moments before the crash. Balling said Clark was deliberately trying to cause harm.

"It’s important to note that this is not a accident, it was an intentional crash, a deliberate act, and that is why the grand jury has charged her with depraved indifference to human life, and utter disregard, a cold and callous act," Balling said.

A Monroe County Grand Jury indicted Clark on those charges, and several additional violations on Monday: DWI with a blood alcohol level of -08 or higher, and driving while ability impaired by drugs. Prosecutors did not specify which drugs. Clark is now facing 11 total counts.

There were a couple of new vehicle and traffic-related charges against Clark, as well as a new piece of evidence in the case. I’ll have details tonight on @news10nbc at 5pm.

Police body-worn camera footage is being used as evidence in this case, but it remains to be seen what that footage contains.

Clark was issued three court orders of protection, meaning she cannot have any contact with her kids. She’s being held on a $200,000 cash bail.