Woman airlifted to Strong after Route 104 crash in Wayne County

HURON, N.Y. (WHEC) — A 21-year-old woman was airlifted to Strong Memorial Hospital after a two-vehicle crash at the intersection of Route 414 and Route 104 in the Wayne County town of Huron.

The Wayne County Sheriff’s Office says Edward Furano of Clyde failed to yield the right of way and pulled into traffic, colliding with a vehicle driven by Carolyn Grant of Oswego.

Grant’s passenger Kaitlyn Grant is being treated for her injuries at Strong Memorial Hospital.

At this time, the sheriff’s office has not identified charges. 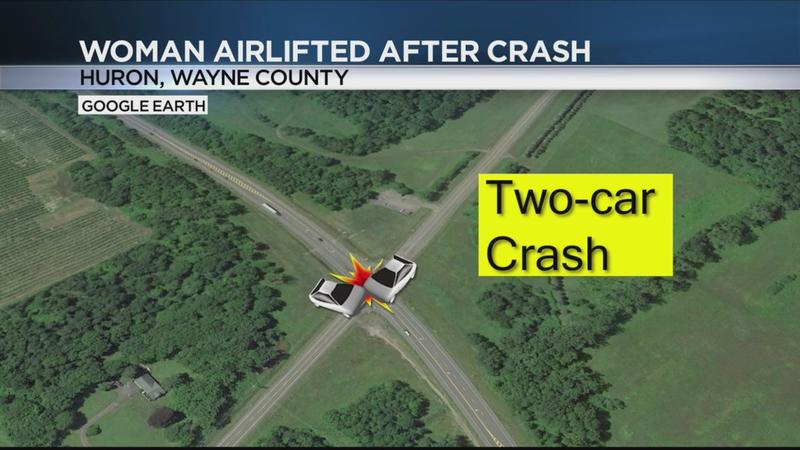