ROCHESTER, N.Y. (WHEC) – A woman from the Rochester area was traveling with her emotional support dog in Houston and was separated from her pet for nearly a month, but Sunday, they were reunited.

Tia had a seizure at a Greyhound Bus Station in Houston on June 2nd. While people attended to her, they left her dog, Skunk, with someone nearby, that person left Skunk behind, while its owner was taken to the hospital. She was soon released and sent back home, but Skunk was nowhere to be found!

Tia posted in various Facebook groups, and a woman named Kendra took note. She saw a post about a dog that just waltzed into a woman’s neighborhood. That dog was Skunk!

"I knew it was her, and I was just so overjoyed to have her back,” said Tia. "We’re hitting the road tomorrow. We’re gonna be going back cross-country, we travel a lot and we can get back to our life now that we have her back."

It was a bit of a chore to get Skunk back to Rochester, but thankfully, a Texas-based dog rescue group actually transports dogs to the Rochester area for adoption. 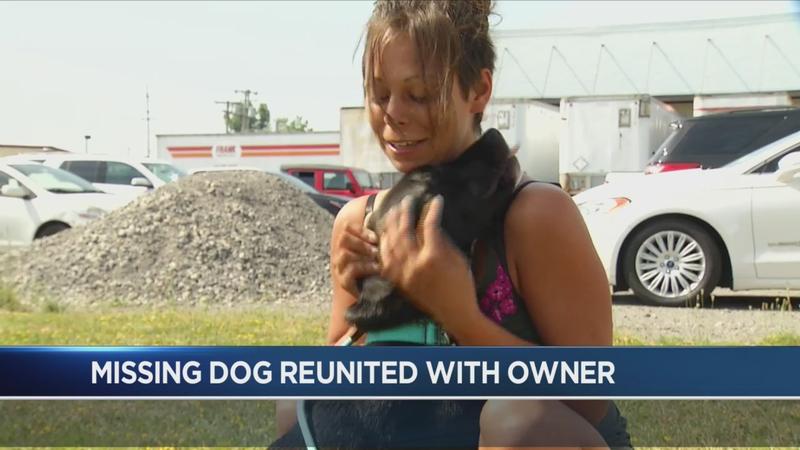 The people that made this all happen described the moment as the doggie stars aligning to bring this fur baby home,” Tia said.