Work for us, you call the shots: Employers get creative to address staffing shortages

ROCHESTER, N.Y. (WHEC) — As businesses try to bounce back from the pandemic, they’re still running into major problems finding enough workers. News10NBC has done several stories on staffing shortages over the past few months and now companies are having to get creative to try and fill the gaps.

To say things have been busy at Partyman Catering in Avon is a bit of an understatement.

"We are finding a huge influx this year of all the events that postponed (last year because of COVID), they’ve had to move to Fridays and Sundays because 2021 was already fully booked,” explains owner, Joe Yantachka.

It’s a blessing for a business coming out of the pandemic, the problem is finding enough people to pull it off.

"Unemployment and all these benefits that have challenged businesses with getting people to come back,” Yantachka says. 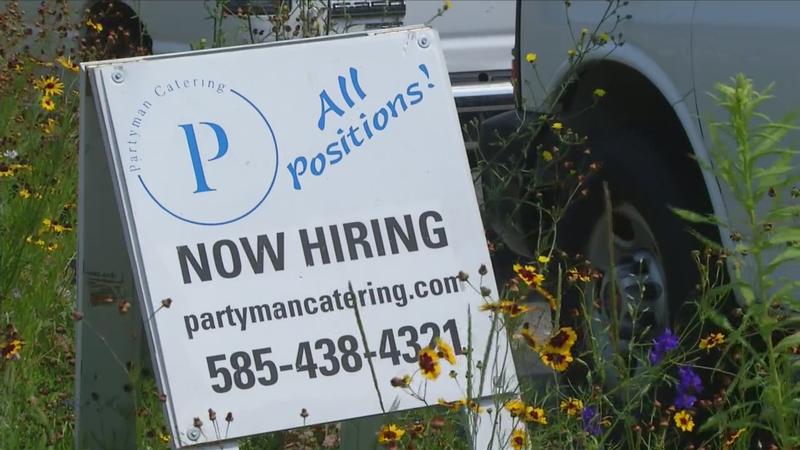 That and after a year of home-schooling, many of his stay-at-home parents who pick up part-time work in the summer were looking for a little rest this summer instead.

That’s why Yantachka says he had to get creative. You tell him what you want to do, on what days, and for how many hours and he’ll make it work.

“From administrative work to cooking and prepping and gardening work, tending to the herb gardens that we have that we use," he says. "Really, everything in between….painting. We do a lot of creative work with signage and event decor and stuff like that. Just a huge variety of work."

Dave Buisch is a full-time special education teacher who works at Partyman Catering in the summer.

“I can come in here, and it’s so different from teaching physical, and nature problem-solving is very different,” he says. "Today, I’m doing prep chef work, on Fridays and Saturdays, I’m an event chef, so when the buffet comes out at a wedding, I’m one of the guys in the chef coat, taking care of that."

Buisch says he chooses his own hours, and he’s got big plans for the money he’s making.

“I’ve never felt guilty not coming in more," he says. "This summer is going to fund a trip to Europe next summer. I have some cousins in Spain that I’m gonna go kind of kick it with."

Yantachka says he’s also upped his starting pay to at least $15 per hour to lure in more folks like Buisch.

"If it’s a couple of hours a day, maybe a few days a week, or a Saturday and you want to be an extra set of hands at an event for a few hours, even that works, so you tell us what works for you, I will make it work,” he says.

The catering and foodservice industry is getting hit hard by the worker shortage. The Highlands in Pittsford is offering a $300 bonus to people who will work at least 15 hours per week serving its elderly residents. Dinosaur BBQ, The Lakehouse in Canandaigua, and several other local places have also offered sign-on bonuses to recruit workers.