‘You need to ask’ Rochester’s Ukrainian community said they needed ambulances. They got 3

ROCHESTER, N.Y (WHEC) — When the Ukrainian community met with the Monroe County Executive last week, Adam Bello asked them "What donations do you need for Ukraine?" 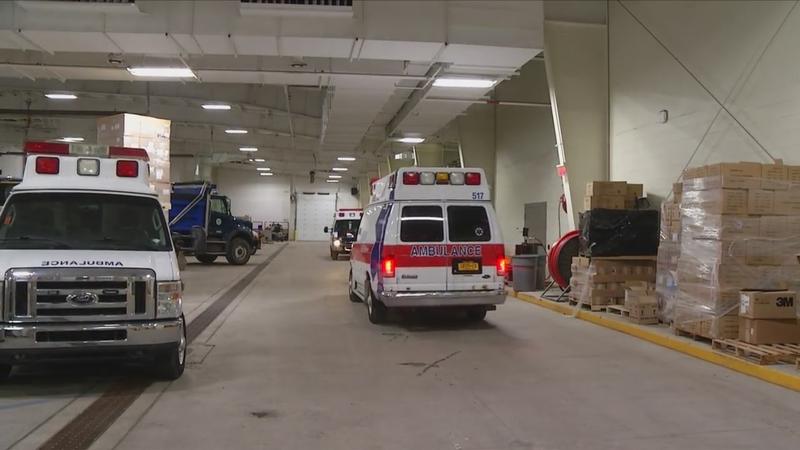 Friday afternoon News10NBC was with the Ukrainian community, the county executive and three donated ambulances.

Volodymyr Pavlyuk runs the Ukrainian charity group called ROC Maidan. He’s the one who asked for the ambulances.

"You need to ask," he said. "That’s my motto in life. If you need something just ask."

After the meeting, he went to a relative’s home where his son, Dennis, was waiting.

"He couldn’t believe it himself," Dennis said. "I remember when he came back to our uncle’s house. He came into the garage and he was like I just talked to, he didn’t even know what the executive title was. He said the Monroe County governor and I asked for ambulances and he said yes!"

Brean: "So you’re in the meeting with the folks from the Ukrainian community and you ask them—’What do you need?’ And they say ‘Ambulances.’"

Bello: "They say ambulances. And that kind of caught me by surprise because you can organize all sorts of community drives, food drives and things like that and they said ambulances and my immediate thought was that’s impossible. But it turns out nothing is impossible, you just have to ask."

That night Bello got his staff to contact the two ambulance companies in the county—AMR and Monroe.

"I must admit my first thought was you want what by when?" said Tim Frost, AMR’s regional director.

"That’s not a request you get every day," said John Caufield, COO of Monroe Ambulance. "But here we are today with three (ambulances) coming out of Rochester, Monroe County."

The county says the ambulances were all at the end of their lifespan and were available to donate.

Along with the ambulances, fire departments, including RFD, donated 150 packs of firefighter gear and first aid kits for those trying to rescue people in Ukraine.

"So I left that meeting thinking I have no idea if we’re going to come through with this and all we had to do was ask," Bello said.

When I heard this story, my first thought was—how do you get an ambulance to Ukraine?

The plan is to take them to a port in New Jersey, get them on a boat and ship them to Germany or Poland.

Then the hardest work begins—getting them into eastern Ukraine where they are needed most.

What can you do?

ROC Maidan is looking for more medical and hygiene supplies. The list includes:

You can drop those donations into bins located at the county office building on Main Street in downtown Rochester or any of the four DMV locations in the county.