Suspect in House of Mercy stabbing is being held without bail

ROCHESTER, N.Y. (WHEC) — A judge on Friday decided to hold Nathaniel Jeanpierre III in jail without bail, after he was accused of stabbing two people at the House of Mercy.

Jeanpierre was charged with second-degree murder after police said he stabbed 68-year-old Michael Nairy multiple times. He is also charged with the non-fatal stabbing of Cameron Schuler.

Friday was Jeanpierre’s second appearance in Rochester City Court. His first appearance was for his arraignment, where he was assigned a public defender.

Rochester police said Jeanpierre stabbed both men with a machete in an unprovoked attack when they were lying in their beds the night of August 7. Nairy died at the scene and Schuler was rushed to the hospital. 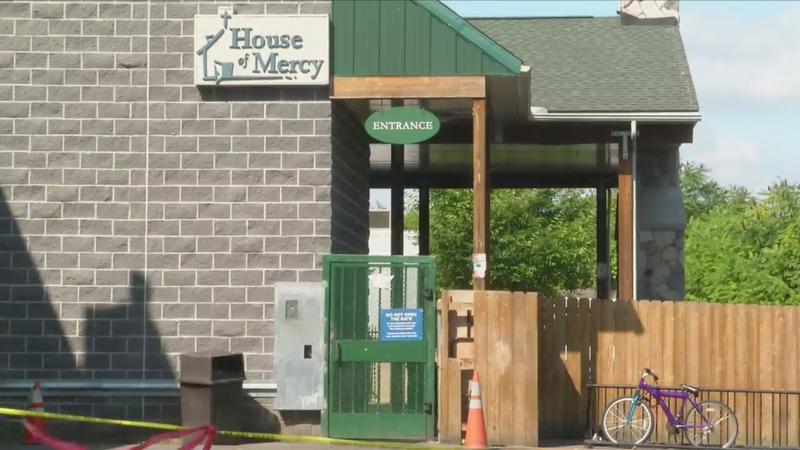 House of Mercy, which serves and advocates for homeless people, has been closed since the stabbing and is working on reopening. The organization said that Monroe County Collaborative Case Management has helped to find shelter for the people who depend on the House of Mercy for food and shelter.

“We are grateful for the help of officials from the City of Rochester and Monroe County. Together, we have coordinated transportation, food, and shelter for our guests for the time being. We will update the community as contingency operations continue and we move toward reopening our doors,” said the House of Mercy in a statement.

Other local organizations, including the Open Door Mission and Salvation Army, have also helped during the closure.

Anna Valeria-Iseman, CEO of the Open Door Mission which also shelters homeless people, spoke about how they work to keep people in the shelter safe.

“All of our doors are locked,” Valeria-Iseman said. “They’re on video cameras and buzzers that feed into our front desk so no one can come in without being physically let in. And we do check bags, so anyone who enters our shelter, their bags are checked.”

House of Mercy released this statement prior to the RPD’s announcement that they arrested Jeanpierre:

The House of Mercy family and community is mourning the death of a 68-year-old guest after a late-night assault that occurred in the evening of August 7 at House of Mercy.

Also, a 20-year-old House of Mercy guest was hospitalized after non-life-threatening wounds.

Names will not be released at this time as House of Mercy aims to reach out to the family members of the deceased.

There is no danger to current guests or House of Mercy staff at this time, as the accused perpetrator is in custody.

House of Mercy will close until further notice in cooperation with the ongoing investigation. Our shelter is working with state and local officials to conduct a security review and support us through this traumatic event. As we reach our consensus about the duration of our closing, we will update the community as needed.

House of Mercy is committed to providing a safe space for the homeless. We understand that there are safety concerns entailed with working with these vulnerable populations and individuals with behavioral health challenges. Safety is always our number one priority, and we do everything within our power to prevent situations like this.

While we manage this tragic situation, we are grateful for the support of the county and city officials who are in the process of helping us temporarily relocate our guests. Crisis and trauma counseling for our staff and volunteers is available through CCSI and the United Way. Please contact Jaime Saunders at jaime.saunders@unitedwayrocflx.org to engage.

House of Mercy, the largest homeless shelter in Upstate NY, has a 76-bed capacity. In addition to shelter, The House provides food, clothing, home furnishings, and drop-in social service assistance. Services and support are extended to as many as 4,000 Rochester citizens per month. To learn more, visit www.houseofmercyrochester.org.