Pele, remembered for influence on soccer, played in Rochester’s Holleder Stadium in 1975

ROCHESTER, N.Y. — Pele, the Brazilian soccer legend known for his electrifying playing style who died on Thursday at age 82, played in Rochester in 1975.

According to a New York Times article, Pele played with the New York Cosmos against the Rochester Lancers at Holleder Stadium on June 27, 1975. Pele and the Cosmos defeated the Lancers 3-0 in front of a crowd of more than 14,500 people.

“The 34‐year‐old Brazilian seemed to captivate the crowd, which was 10,000 above average for the Lancers,” says the Times article.

Pele scored the first goal in the game. There was extra security at the Rochester stadium because Pele was mobbed by fans in Boston a week before.

The Democrat and Chronicle reports that Pele also played at Holleder Stadium stadium in 1977 in a North American Soccer League playoff game, where the Cosmos beat the Lancers 2-1. The game had an audience of more than 20,000. Holleder Stadium on Ridgeway Avenue was demolished in 1985. 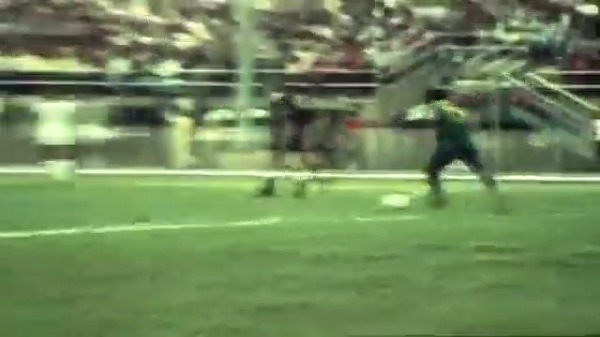 Pele plays at Rochester's Holleder Stadium in 1975 (From News10NBC's archives)

Pele, who won a record three World Cups, died of colon cancer, the AP reports. He underwent treatment for colon cancer since 2021 and suffered from organ failure.

Athletes worldwide, including current Brazil forward Neymar, released tributes to one of the greatest soccer players of all time.

“Pelé changed everything. He transformed football into art, entertainment,” Neymar, a fellow Brazilian soccer star, said on Instagram. “Football and Brazil elevated their standing thanks to the King! He is gone, but his magic will endure. Pelé is eternal!”