By DAVE COLLINS The Associated Press 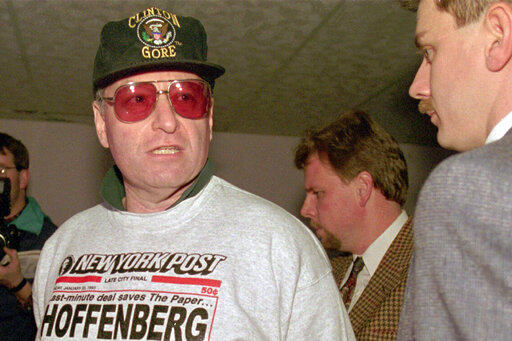 FILE - Steven Hoffenberg, left, is escorted by FBI agents in a Little Rock, Ark., parking garage after turning himself in, Feb. 15, 1996. Medical examiners have confirmed that convicted Ponzi schemer and Jeffrey Epstein mentor Hoffenberg was the person found dead in a Connecticut apartment earlier this week. The 77-year-old Hoffenberg is believed to have died at least seven days before his body was found in an apartment in Derby on Tuesday, Aug. 23, 2022, as police performed a welfare check. (AP Photo/Danny Johnston, File)[ASSOCIATED PRESS/Danny Johnston]

Hoffenberg, 77, is believed to have died at least seven days before his body was found Tuesday in Derby by police, who responded to a request to check on his welfare, authorities said. He had to be identified through dental records because of the decomposition of his body, police said.

His cause of death is pending toxicology test results. An autopsy showed no signs of trauma, and there were no indications of a struggle or forced entry at the apartment, officials said.

Epstein, the disgraced financier who killed himself in a New York jail in 2019 while awaiting trial on allegations he sexually abused dozens of girls, worked for Hoffenberg’s bill collection company, Towers Financial Corp., in the late 1980s, when prosecutors said the Ponzi scheme began.

Hoffenberg, who once tried buying the New York Post, ended up getting busted in one of the country’s largest frauds. He admitted he swindled thousands of investors out of $460 million and was sentenced in 1997 to 20 years in prison. He claimed Epstein was actually the architect of the scheme, but Epstein was never charged. 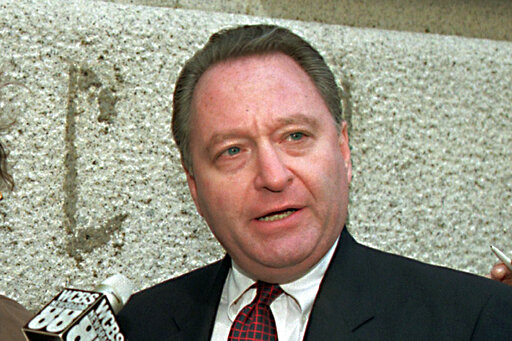 FILE- Steven Hoffenberg talks with the media outside U.S. Bankruptcy Court, in New York, March 19, 1993. Medical examiners have confirmed that convicted Ponzi schemer and Jeffrey Epstein mentor Hoffenberg was the person found dead in a Connecticut apartment earlier this week. The 77-year-old Hoffenberg is believed to have died at least seven days before his body was found in an apartment in Derby on Tuesday, Aug. 23, 2022, as police performed a welfare check. (AP Photo/Alex Brandon, File)

He was released from federal custody in 2013, according to the U.S. Bureau of Prisons. It was not immediately clear how he ended up living in a small apartment in a multifamily home in Derby, about 12 miles (19 kilometers) northeast of Bridgeport.

Gary Baise, one of Hoffenberg’s friends and lawyers and a former acting deputy U.S. attorney general, said Hoffenberg and Epstein had a “special relationship” and Hoffenberg said Epstein was the smartest person he knew when it came to money.

Baise said Hoffenberg also was very intelligent, which may have contributed to his downfall.

“He was too smart for his own good,” Baise said in a phone interview Friday. “He thought he could get away with his Ponzi scheme but he could not. He did not have self-control. He always thought he was smarter than the next guy and that was one of his problems. … But he was a good man.”

Baise, who said he had not had contact with Hoffenberg for several months, said he wasn’t surprised by his death because Hoffenberg did not appear to be taking good care of himself.

Police in Derby were asked to do a welfare check on Hoffenberg on Tuesday by a private investigator for a woman who identified herself as close to Hoffenberg and a sexual abuse victim of Epstein’s, Derby police Lt. Justin Stanko said. The investigator said the woman had not heard from Hoffenberg for five days, and that was unusual, Stanko said.

Hoffenberg briefly took over the New York Post in 1993 while bidding to own it. The Post reported that Hoffenberg funded the paper for three months and rescued it from bankruptcy. His efforts to buy the paper were derailed by civil fraud allegations by the Securities and Exchange Commission that led to the criminal prosecution of the Ponzi case.