Pet of the Week: Lucas 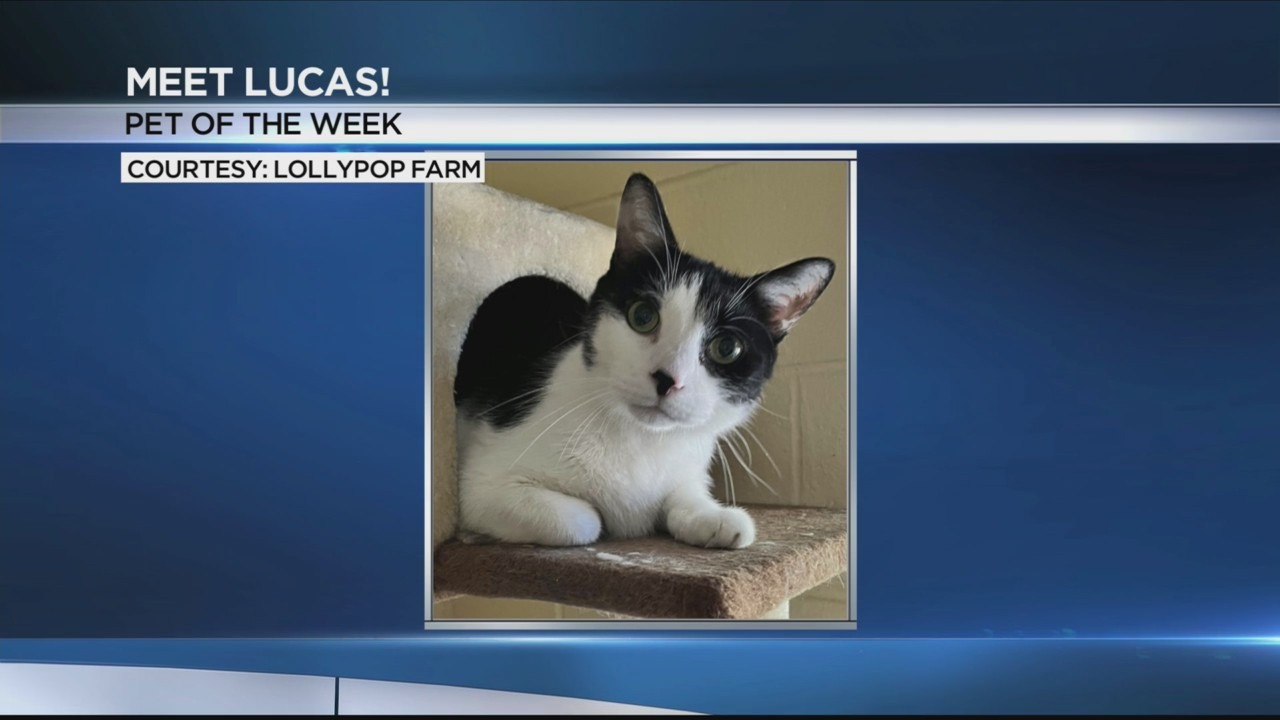 ROCHESTER, N.Y. — It’s time now for our Pet of the Week. Lucas is a 7-year-old cat looking for a loving home. Here’s what Lollypop Farms has to say about Lucas:

This handsome, somewhat chunky boy came to Lollypop Farm because his owner could no longer afford to care for him.

Some cats take their change in circumstances in stride. Lucas, however, let us know exactly how he felt about our shelter and his cage. He moved into a director’s office, where he continued to let us know that winning his friendship would not be easy. Attempts were met with hissing (on his part) and smacking dishes of treats across the room (also on his part).

However, one day, Lucas suddenly decided enough time had gone by. He jumped up on the director’s desk, sniffed her face (while she sat real still), head-butted her shoulder, and said, “let’s be friends.”

Lucas is a wonderfully friendly, affectionate cat, but affection is still on his terms. Rush things, and he won’t be afraid to tell you he is the one calling the shots! But once he invites you to pet him, he is a total mush. He loves to watch birds and have office parties at night. He would be happiest in a home with adults and without dogs (Lucas didn’t have nice things to say about them). He hasn’t told us how he feels about other cats.

You can contact Lollypop Farm to meet Storm and take her home.