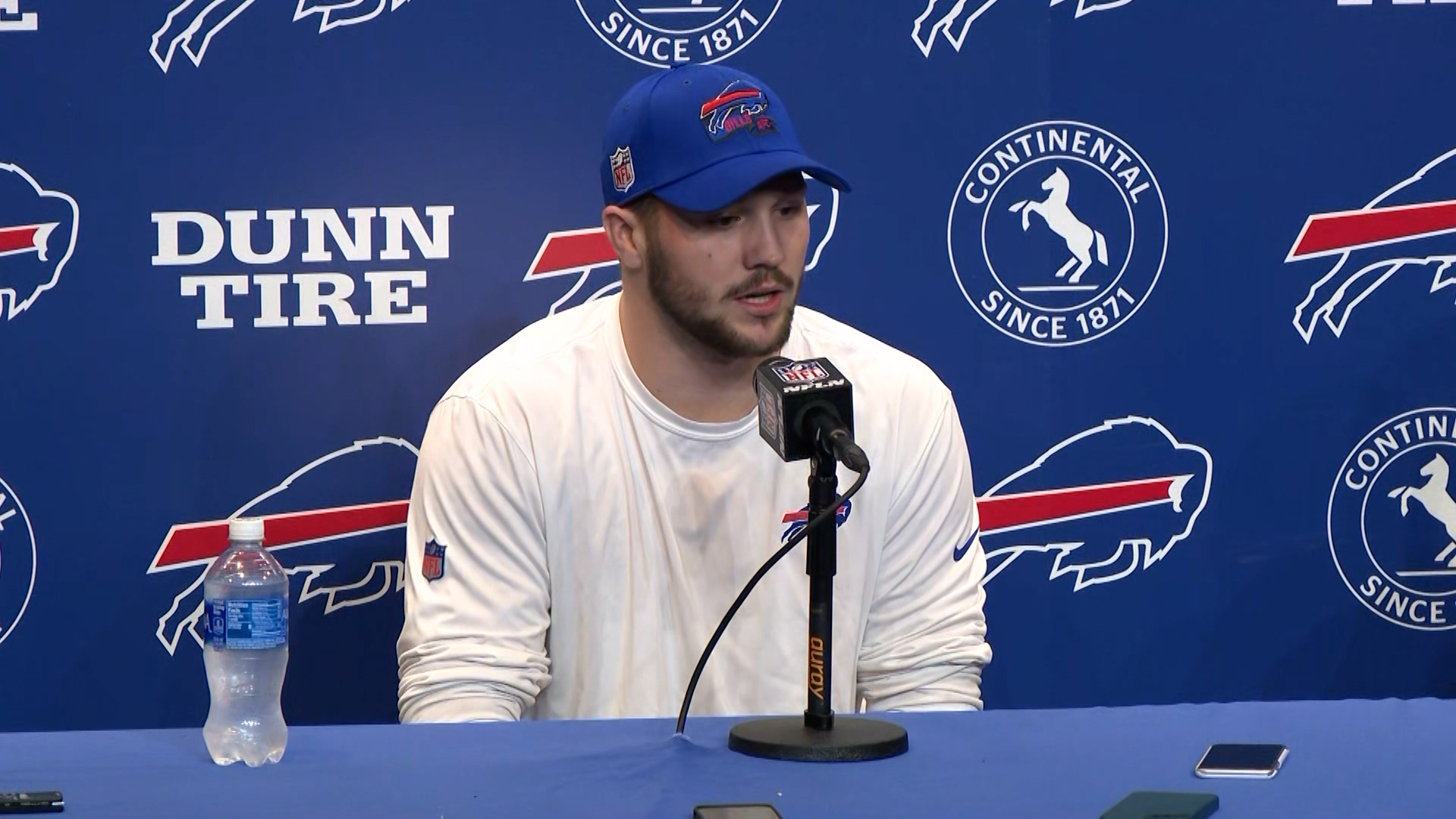 ORCHARD PARK, NY (WHEC) – Highly encouraging news out of One Bills Drive and the UC Medical Center In Cincinnati is that Damar Hamlin is neurologically intact.

“The news has been very encouraging as we’re all up to date and we’re just extremely grateful,” head coach Sean McDermott said.
The team spoke for the first time since the events of Monday night, where Hamlin was rushed to the ICU following a cardiac arrest on the field in Buffalo’s Week 17 game over the Bengals (which has since been canceled). In the moment, Josh Allen’s was fearful.

“The scene just replays over and over in your head and it’s hard to answer that question and describe how I felt, how my teammates felt in that moment. It’s something we’ll never forget,” the QB said.

Eventually, the game came to an end but it was a decision that McDermott left in the hands of his players. They were intent on not taking the field again that evening.

“The job description of a coach is not just coaching X’s and O’s, and it’s much more than that,” McDermott added. And so you know, the health to me, the health and well-being of your staff and your players is the number one job of a coach in this situation,” he said.

It gave the Bills what they felt they needed: a chance to focus on something bigger than the game. When the news came out on Thrusday about the progress Hamlin has made, Allen could only think of what it would mean to see him again soon.

“We just want to love up on him, you know? So the next chance we get. I don’t know when it’s going to be. If we if we get to see him any time soon, it’s going to be awesome.”