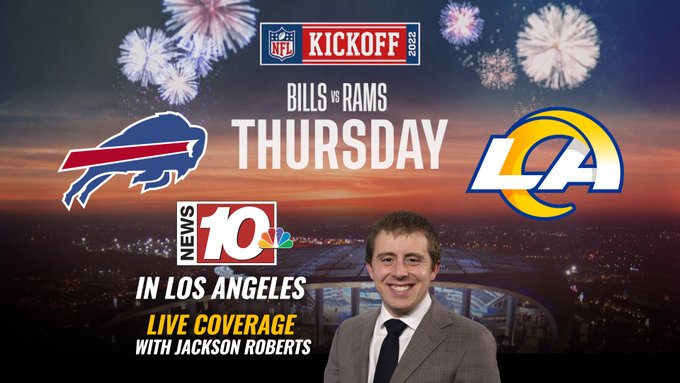 BUFFALO, N.Y. — The Buffalo Bills’ first game of the regular season is on Thursday night starting at 8:20 at SoFi Stadium in Los Angeles. The game against reigning Super Bowl champions the Los Angeles Rams.

The game comes as the Bills enter the new NFL season as outright favorites for the Super Bowl for the first time since 1991.

The Bills are listed at plus-600 at Caesars Sportsbook. Following the Bills, the next three teams with the best Super Bowl odds are the Tampa Bay Buccaneers, the LA Rams, and the Kansas City Chiefs.

News10NBC’s Jackson Roberts will be live from SoFi Stadium on Thursday at 4, 5, 6 p.m. and after the game.