Bills offense shut down by Bengals, eliminated from playoffs 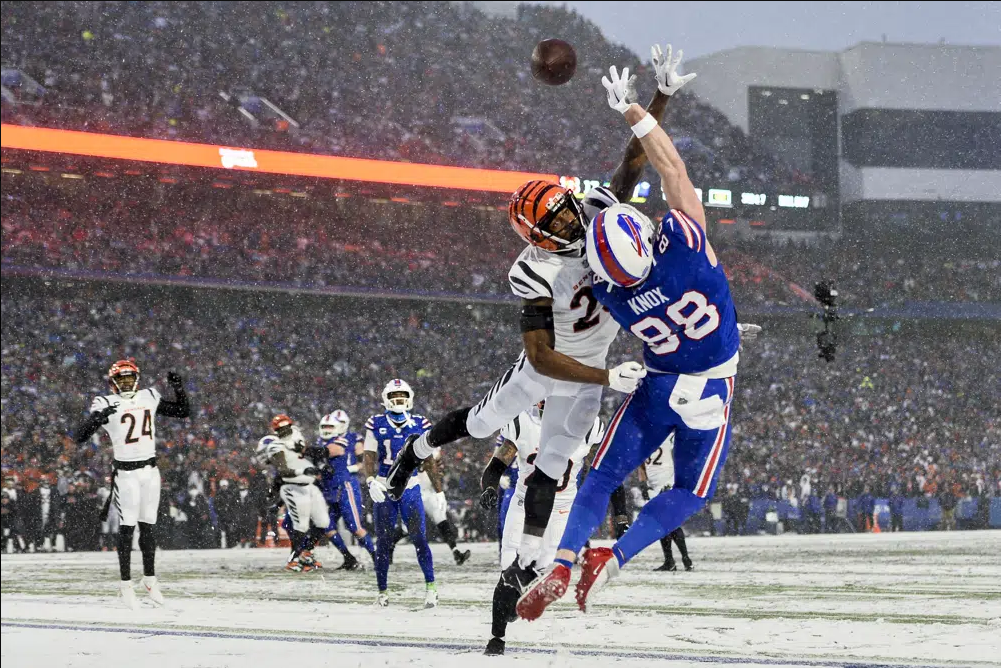 ORCHARD PARK, N.Y. (WHEC) – For the second year in a row, the Buffalo Bills were eliminated from the NFL Playoffs in the Divisional Round, falling to the Cincinnati Bengals, 27-10.

Josh Allen only accounted for one touchdown, in one of the Bills worst playoff losses in his career. Allen finished the game 25-for-42 for 265 yards and 1 interception.

Joe Burrow was in control of the game from start to finish, completing 23 of 36 passes for 242 yards and 2 touchdowns. The Bengals got a big game out of Joe Mixon, who rushed for 105 yards and a touchdown.

The Bengals got out to a quick start as Burrow threw both of his TDs in the first quarter.

Allen was able to lead the Bills down the field for a TD to open the second quarter, but that would be the only touchdown scored by Buffalo all day.

For Buffalo, the road ends short of the Super Bowl. The Bills started the season as betting favorites to win the big game, but fell short much earlier than expected.

Cincinnati will play at Kansas City for the second straight year in the AFC Championship.