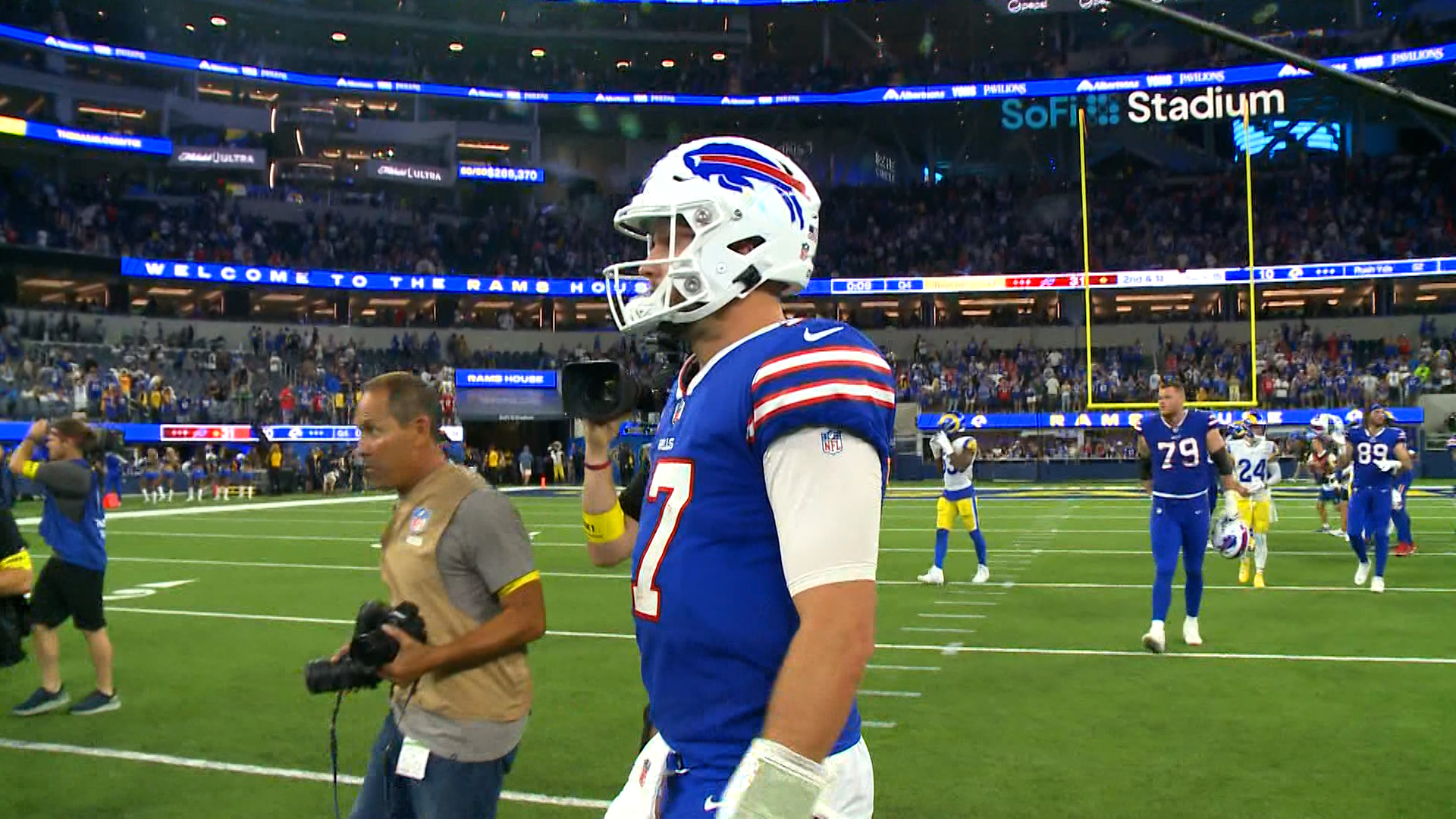 ORCHARD PARK, N.Y. – The Bills opened up the NFL season last Thursday with a convincing, 31-10 win over the Super Bowl defending champion Rams.

Despite a turnover-ridden 1st half, Buffalo was near spotless in the 2nd. A big reason? Josh Allen did, Josh Allen things. The QB finished with 297 yards thrown and four touchdowns (3 pass, 1 rush). His TD run in which he reached over an LA defender mid-air to clear the goal line was another reminder us of how effective Allen is on the ground.

Week 1 marked the 22nd career game Buffalo’s QB has run for 50 yards or more. He finished the 2021 season with 763 rushing yards and 6 rushing TD. However, through all his rushes raises the question of how many undue hits the QB should be taking consistently.

New Offensive Coordinator Ken Dorsey mentioned that he wasn’t privy to those internal conversations last year as QB Coach. But now, he’s in Allen’s ear more and the topic has been broached.

“I think there’s times where we just tell him, ‘hey, in this situation, make sure you’re getting down and making sure you’re not you’re not taking any extra hits.’ Through that, making sure you know every run play we’re calling isn’t a zone read, as in a quarterback run. You know, honestly, we didn’t we didn’t call a ton of them last game.”

Allen and the Bills return to High Mark Stadium for their home opener next Monday against the Titans. It’ll be the team’s second straight nationally televised game.