McDermott On Containing Rams’ Aaron Donald: “It’s Never Just One Guy, It’s Got To Be All Five” 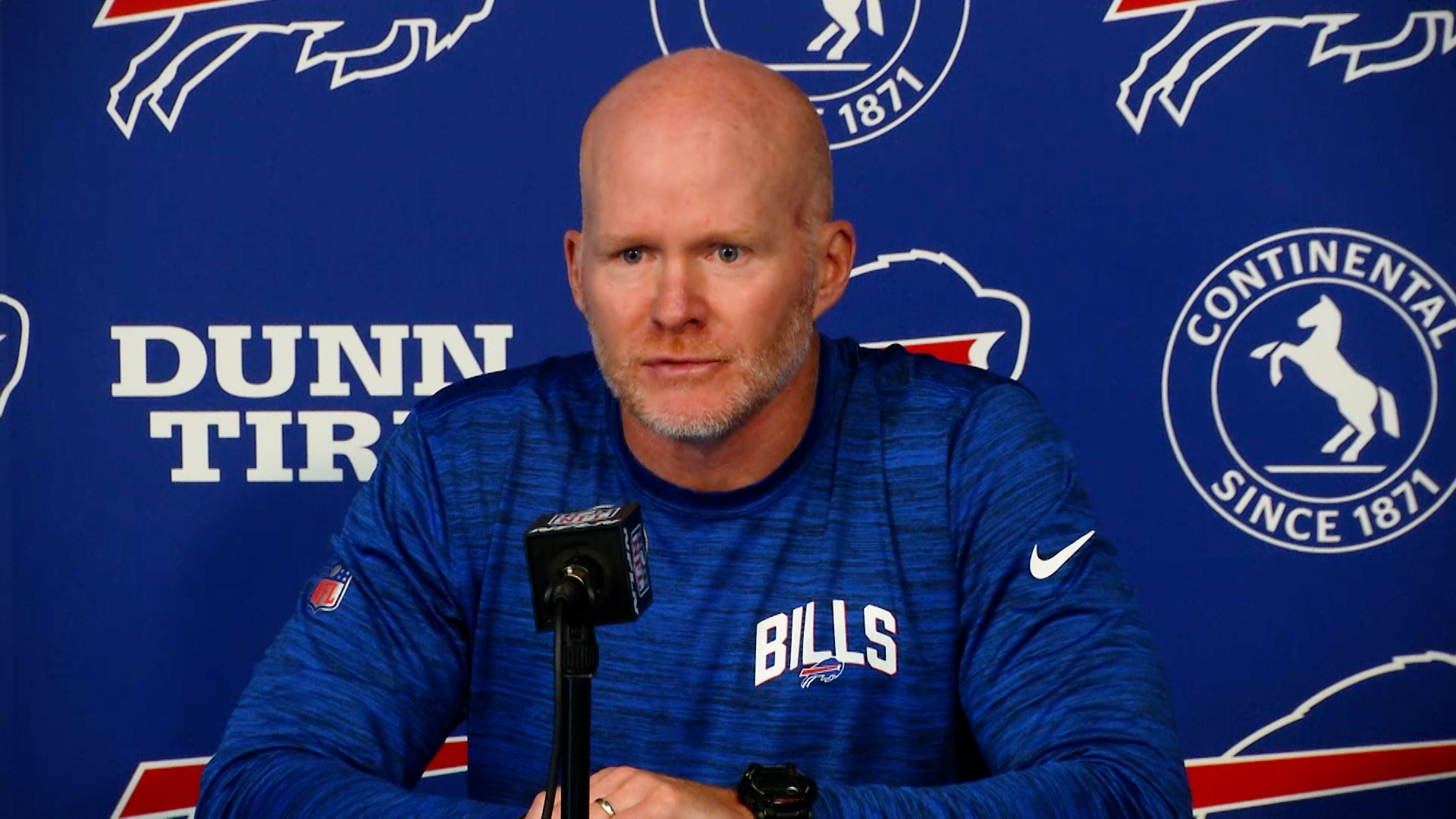 ORCHARD PARK, NY – The Buffalo Bills are four days away from squaring off against the Los Angeles Rams in the NFL Kickoff Game. While the team is preparing for all twelve opposing players they’ll see, one will be paid extra attention to.

8x Pro Bowler, Aaron Donald will line up against the Bills Offensive front on Thursday night marking the 2nd time Buffalo has seen him in three years. The last meeting came in week 3 during the 2020 season, when Buffalo won 35-32. In that game, however, Donald sacked Bills QB Josh Allen twice for a total loss of 18 yards while also forcing a fumble.

“He’s one of one and I think everyone knows that,” Allen said. “It’s scary to watch the film of him and just understand you have to go in with a plan to block him.”

In eight seasons, Donald has registered at least 11 sacks six different times, including 2018 when he finished the season with 20.5. Throughout his career, teams have contained him in vain. Bills Head Coach Sean McDermott emphasizes a key tactic that’ll be necessary for Buffalo to ensure the offensive can move down the field and score.

“It’s 60 minutes of straining,” he said. “We’ve got to strain and work together, communicate, and it’s got it’s never just one guy. It’s got to be all five.”

“For us, it’s just constantly just, ‘Ok, how can I be efficient? How can I get Josh one more second to get rid of the ball,’ those types of things,” said Offensive Lineman Rodger Saffold.

The Bills and Rams get underway from Inglewood, CA on Thursday evening at 8:20 p.m. News10NBC will be live at Sofi Stadium to preview and recap the game.